Born and raised in Plainfield, I registered this blog in 2013, on the day of my 27th birthday. I then actively posted here for several years before slowing down to writing only occasional stories in 2016 – in the middle of my three-year term on the Board of Education. But through the years, I have always followed Plainfield’s municipal politics, and I’ve volunteered a lot of time and energy working for countless anti-establishment City Council and Democratic City Committee candidates.

Right now, the progressive wave sweeping this country as well as my own disappointment with what is happening in Plainfield has compelled me to directly involve myself in our city government and change our local Democratic Party. I have decided to start a campaign to represent Plainfield as its Councilman-At-Large. My running mate is Emily Morgan, a member of the Plainfield Board of Education and of the Plainfield Democratic City Committee. Mrs Morgan will bid to represent the city’s Third Ward.

We are allied with the New Jersey Progressive Democrats of Union County (link), and will be on the same line as Senator Bernie Sanders, who currently leads all candidates in the early primary states and in several national polls.

I met Bernie Sanders with my mother, Elena Rutherford, this summer.

The main responsibility of a city council is to achieve better quality of life for its residents. Unfortunately, we have an administration and a majority on the council who do not put us first. They are not only more loyal to developers and vendors than residents, but they waste tax money on expenses that have no impact on the lives of people who live here. You’ve probably heard of the seven Chevrolet Tahoes and the Hawaii trip.

You may not have heard about the pedestrian mall approved just last week by the City Council (link). It will cost over $2 million that the city doesn’t have, and the loan will be paid back with interest. The City Council approved this expenditure even though the administration admitted they hadn’t even done a parking study, let alone a full analysis of this project which they say may require additional police resources. That lack of planning is especially troublesome with so many reports showing that more than 8 in 10 pedestrian malls fail (here’s one: link). This is not a decision to take lightly, and removing a pedestrian mall is costly.

Only councilors Ashley Davis and Sean McKenna asked the administration coherent questions about this big decision. Unsatisfied with the responses, they eventually voted no on the project, but it didn’t matter. They were outvoted 5-2 by the rest of the governing body. Two million dollars, gone. This is not acceptable, and we deserve better.

We deserve street signs, crosswalks, and to explore options for our homeless population. We deserve development on our terms – development that does a service to tax payers, local contractors, current residents, and the school district. We deserve sensible, well-planned transit oriented development – not a Wawa that only benefits campaign donors. We deserve strong youth baseball league and tennis programs, plus other services that once enriched our community. And we deserve a feasibility study regarding some sort of community center.

There’s no good reason Plainfield residents should have to prop up the salaries of PMUA’s bloated upper management, the mayor’s costly and ever-growing staff, and other waste. And while New Jersey’s property tax system is awfully regressive and unfair, if Linden can keep its rates flat for several years in a row, so can Plainfield.

Perhaps most importantly, Plainfield needs to bring back its tough campaign finance ordinance that the Mapp administration destroyed in 2017 so that they could fill their coffers to unprecedented levels (link). Ironically, Mapp once championed these reforms – back when he was part of an insurgent group that challenged the establishment.  Campaign finance reform alone would bring us closer to a city that works for the people. 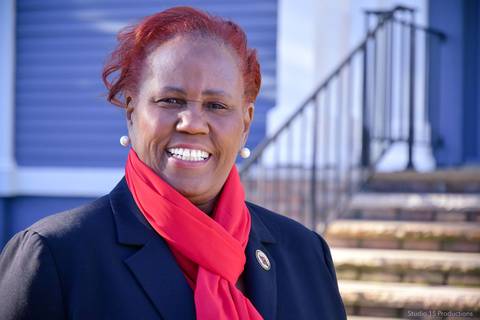 While Plainfield does not have a mayor who is willing to do any of this, electing a council to reign in his worst desires would go a long way towards putting this city on the right track. It can’t just be Ashley Davis and Sean McKenna who vote with the residents’ interest in mind. Emily Morgan and I would put four peoples’ advocates on the seven member governing body.

Our campaign is grassroots, meaning that we have inherent disadvantages, both in terms of infrastructure and of course money. That means we can win, but we need your help. Likes and shares are helpful, but we’ll need more than that to get this done. We will need you to walk with us in your neighborhood. We’ll need you to call your friends and family. We’ll need you to take lawn signs. And, for those who can, we will need your campaign donations. Every little bit really does help us stay competitive in this race, and our campaign will be providing ways to easily donate online as well as by sending a check.

In the meantime, we hope to see you at our local New Jersey Progressive Democrats of Union County campaign kickoff this Thursday, January 30th at Freppe’s Tex Mex between 6-8pm. Freppe’s is located at 1442 South Avenue in Plainfield, and you can RSVP to the Facebook event (link). Suggested donation is $20. Refreshments will be served. Both Emily and I will be there, along with our Union County Freeholder candidates – Justin O’Hea, Hector Meneses, and Aissa Heath – and other members of the NJPDUC.

Make sure to like our new campaign pages on Facebook (link). Please like the New Jersey Progressive Democrats of Union County, too (link). Our campaign email address is PlainfieldForward@gmail.com.