That’s to say he has five people on the council who will vote for anything he offers up. Their names are Steve Hockaday, Charles McRae, Joylette Mills-Ransome, Elton Armady, and the now infamous Barry Goode.

Most members of the City Council don’t even understand what’s going on – and they really don’t need to. These five votes on the seven member governing body are solid, and you only need a four vote majority to pass most measures.

The City Council’s deference to Mapp was on full display during Monday night’s special meeting, where Council President Hockaday let Mayor Adrian Mapp interrupt and try to shut down Councilman Sean McKenna during routing questions and comments about the budget. Mapp was totally out of order, but when the City Council president is in your pocket it doesn’t matter. You can say what you want whenever you see fit.

The only thing Councilors McKenna and Davis can do is ask questions and vote “no” on some measures. That’s the only power they possess.

But apparently that’s too much for Adrian Mapp and the City Council members he controls. Yesterday at 4:30pm, the City Council received an email from Council President Steve Hockaday stating that each council member only has a total of five minutes to speak during these highly important budget hearings that routinely go on for hours. 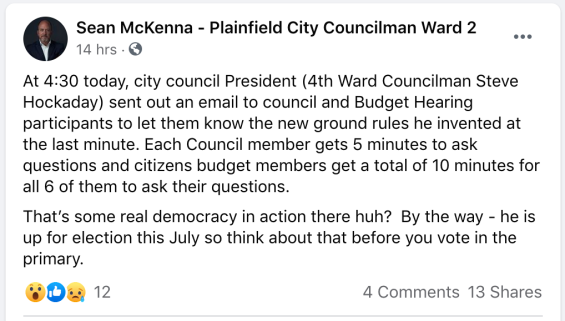 This rule was clearly directed at McKenna, and to some extent Davis, whose 2018 primary campaign Mayor Mapp attempted to undercut. Outnumbered, all McKenna can do is talk – and Mayor Mapp doesn’t even want him to do that.

As expected, no one else pushed back on the five minute limit – and only McKenna and Davis came close to using their full time allotted. This is normal from a City Council who last year tried to vote away its own advice and consent on hirings and firings. “Don’t you want the City Council to be efficient?” Steve Hockaday once said when asked why the Mayor should be able to hire, fire, and outsource as he pleases. 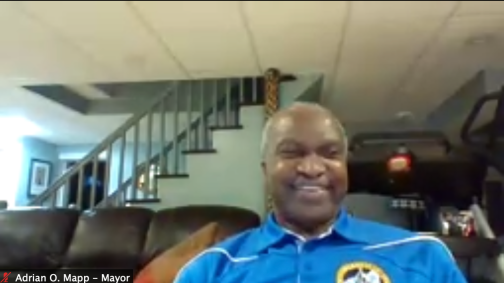 When Sean McKenna does ask questions, the Mayor laughs at him, as in this screenshot from last night’s budget hearing. In fairness, it’s not just Sean, he also laughed at least one resident.

But until we get two new members on the City Council, this is how things will remain. While McKenna should be allowed to speak – it’s really just words until he and Davis get some help.

That’s why this winter I launched a Plainfield City Council At-Large campaign where I will run against Council President Steve Hockaday. My running mate Emily Morgan will challenge Third Ward councilman Charles McRae. We are running with the New Jersey Progressive Democrats of Union County.

While COVID-19 has changed the way we campaign (we won’t be knocking on your door anytime soon), I invite you to visit our website at www.plainfieldstrong.com. You can also like our Facebook page (here), and be sure keep to subscribe to Plainfield View (scroll down on your phone) as I will continue to highlight campaign issues here. 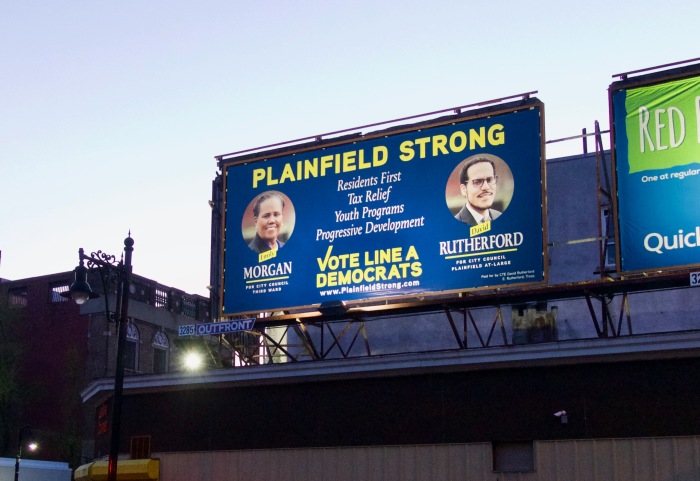