On Saturday, February 18th, at noon, nearly a hundred people gathered at Garfield Avenue and East Second Street on the city’s East End. The gathering was cosponsored by Rabb Spann of Mount Olive Baptist Church, Tony Washington of the Crazii Dozen Auto Club, and the Plainfield Anti-Violence Coalition. Its purpose was to take a stand against the wave of deadly violence that gripped Plainfield during 2016 – including four murders in December.

Most gatherers took part in a three-mile march that went all the way to The Elk’s Lodge at Rushmore Ave and West Third Street. 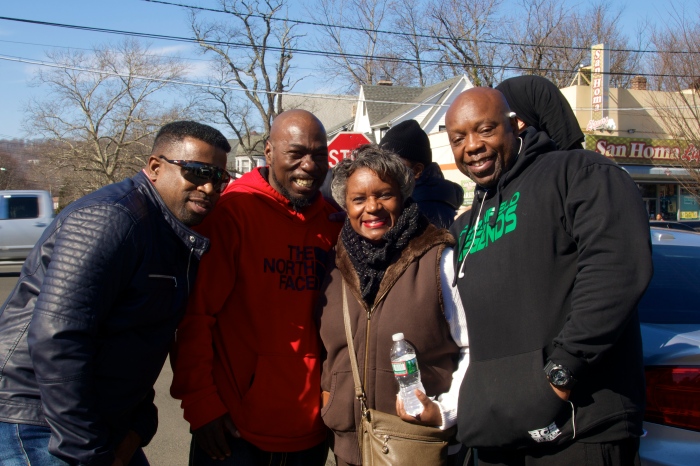 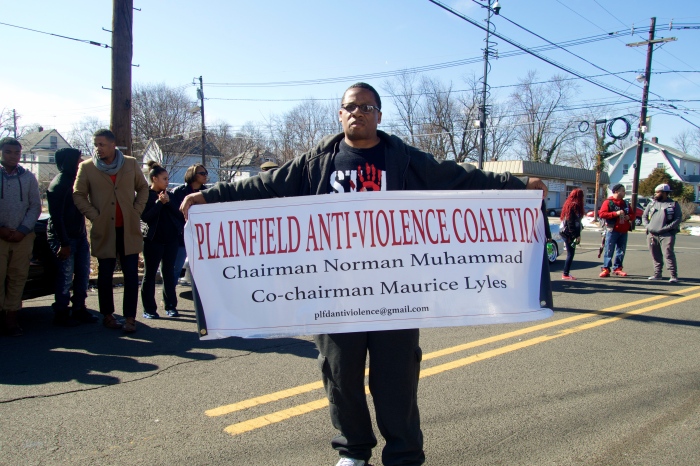 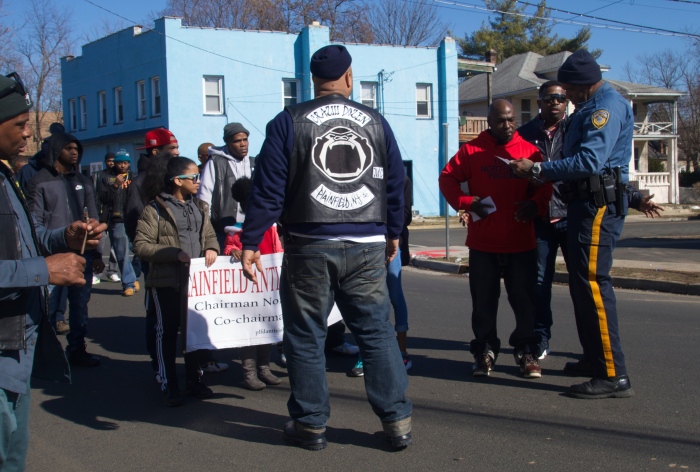 Demonstrators had to show the police department their street permit. The Plainfield Police provided an escort for the march.

Manuel Berrios and his mother participated in the march, the former wearing a shirt commemorating his son Manny, who was one of Plainfield’s twelve murder victims of 2016. Co-sponsor Rabb Spann said his friendship with the elder Manny helped inspire him to put together this effort. 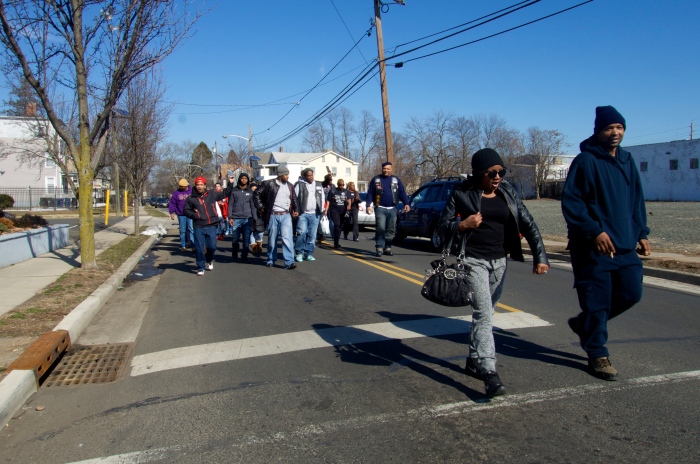 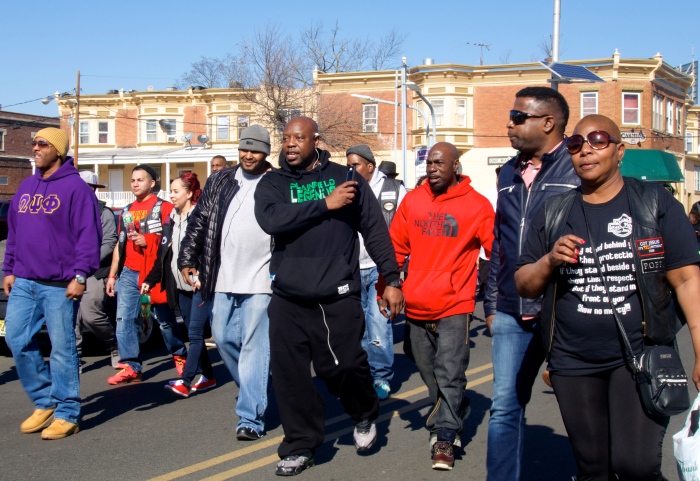 A police supervisor showed up to tell the demonstrators that they had to march on the sidewalk.

It was eventually resolved, and the march continued, in the street. 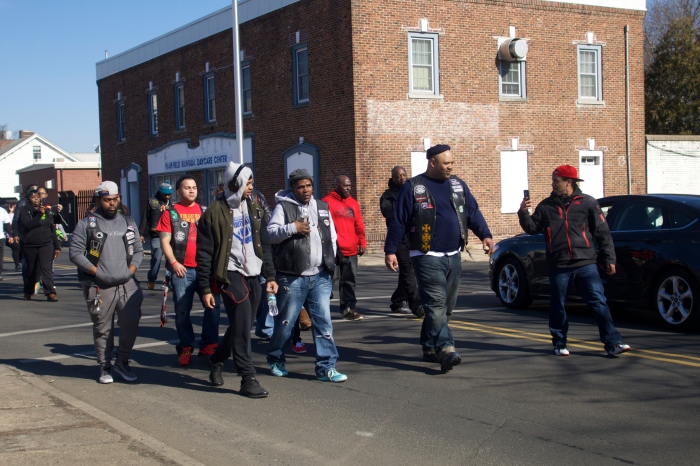 A lot of cars honked in solidarity with the message of non-violence.

Mr Cathcart addressed demonstrators from his porch as the march went down West Second Street. 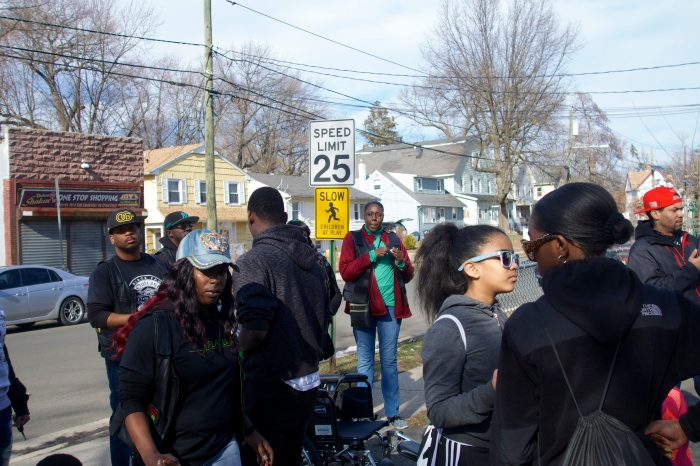 The march ended at the Elk’s lodge on the West End.

Please email any corrections to david.marcus.rutherford@gmail.com.

2 thoughts on “Stop the Violence Walk”