On Friday evening, the City of Plainfield and S.T.A.G. co-sponsored a vigil in solidarity with the victims of last weekend’s mass shooting at a gay night club in Orlando. Around two-hundred people were in attendance. I took some photos. 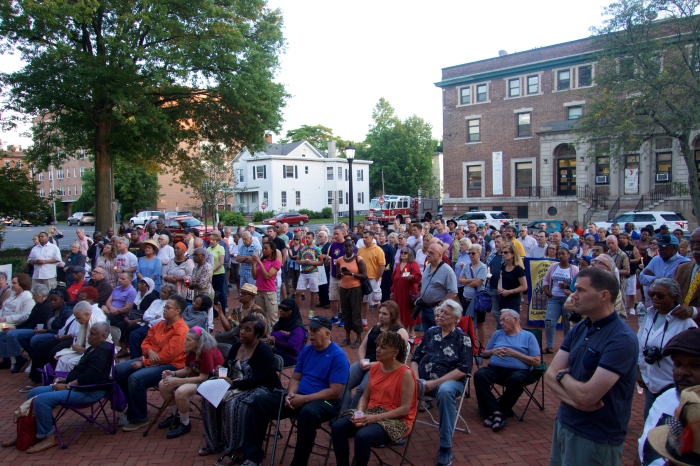 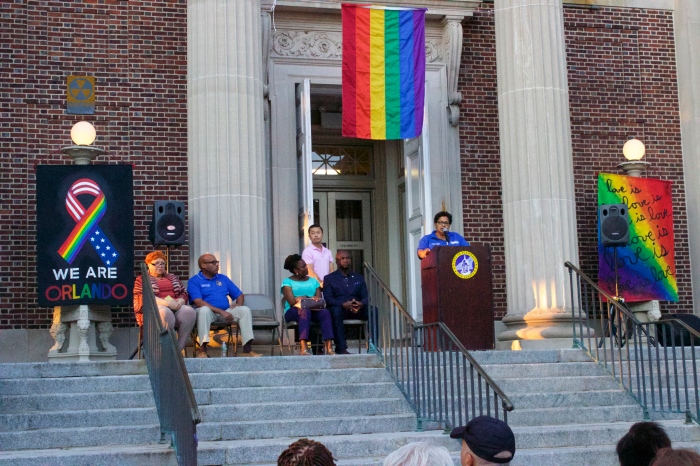 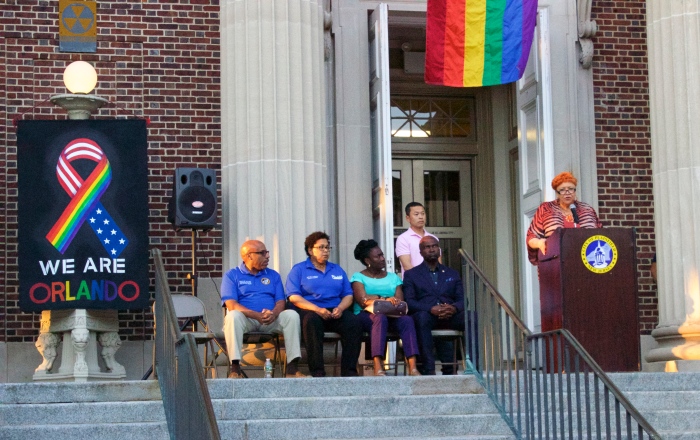 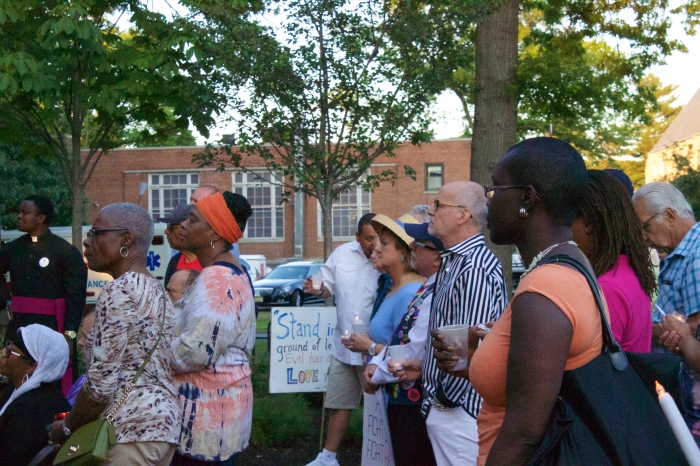 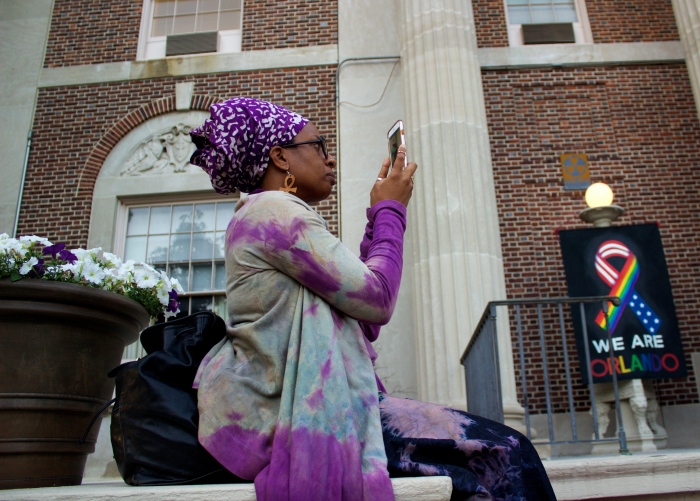 Bayyinah El-Amin records some of the speakers. 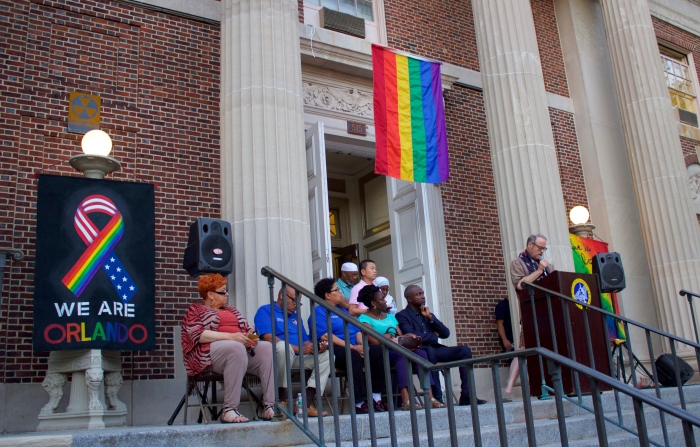 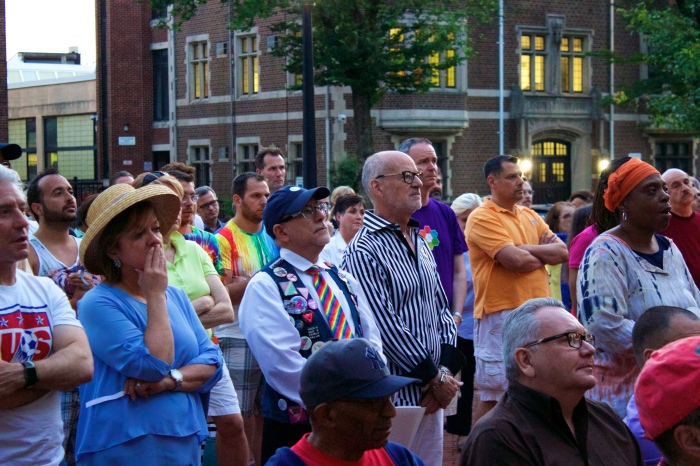 PAAAS student Alexis Morrast sang to close out the vigil

She drew a standing ovation. 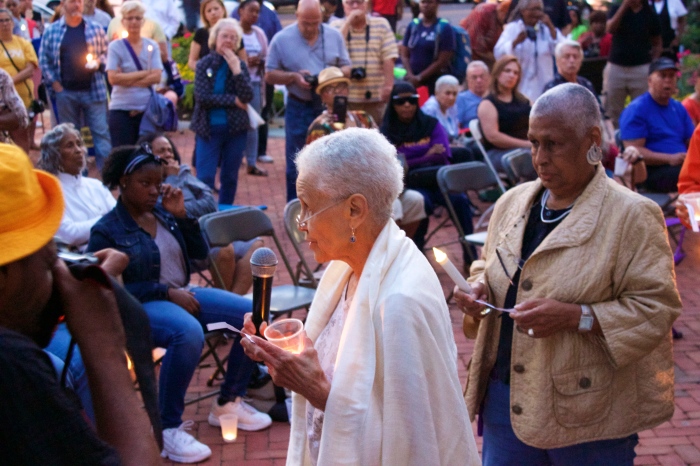 Willa Cofield reads the name of one of forty-nine Orlando victims. Beverly Calland prepares to do the same. 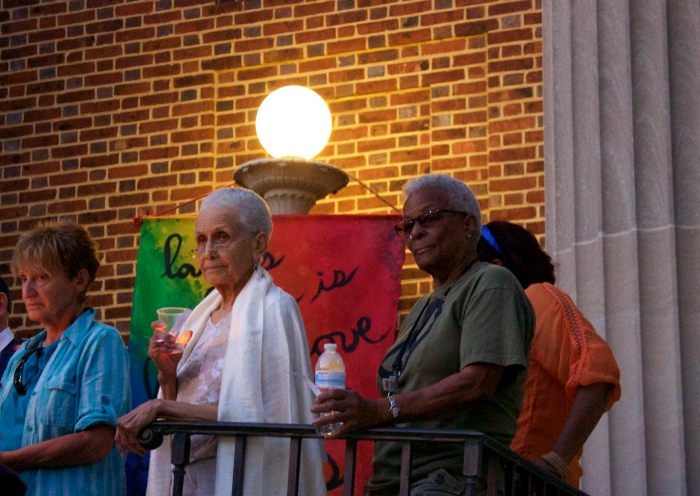 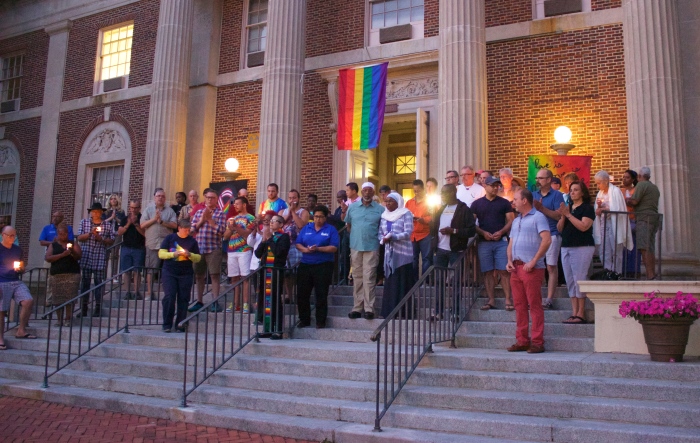 2 thoughts on “We are Orlando vigil”