There’s something Dan Damon didn’t tell you about.

Dan Damon. Plainfield Today. This city’s undisputed King of Fabrication. The blog that speculates like the National Enquirer with the tastefulness of Donald Trump. The man who draws conclusions from links weaker than a Canal Street necklace.

He recently implied that Plainfield “BOE members” could be collaborators with – not victims of – alleged fraud by one of its many vendors. Accusation and misinformation, under the guise of opinion.

Because when his partner was rewarded as head of IT for the City of Plainfield, Dan Damon made not a peep. Neither did anyone else. That’s par for the course in Mayor Mapp’s circle of enablers.

Take a look, the same group who ridiculed political patronage mills of the past is building an impressive factory of their own, all while repeating promises to employ the best and the brightest to the most important appointments. A political contributor with close ties to developer Frank Cretella, John Stewart, as Chief of Staff – against the wishes of the City Council. Political lackey Rick Smiley – who even Mapp’s most ardent supporters refuse to defend – in the crucial role of city Administrator. I could go on, if you dare me, but I’d rather not. That’s not the point of this piece.

Plus, perhaps patronage is a political necessity for a Mayor. I can’t imagine how it is to be in charge of a city of over 50,000. Let’s give him the benefit of the doubt, if only for a moment.

What I still can’t understand is anyone’s continued support of Dan Damon.

Mr Damon is the person the Mayor Mapp turns to with the inside scoop on city happenings. He’s appointed Mr Damon to the Library Board, and the charter commission. He was chair of Mayor Mapp’s transition team. When the mayor wants to immorally release private text messages, they go to none other than Mr Damon. Last month, candidates interested in running as Democrats for city council had to pass through Dan – Mapp appointed him to the screening committee. Damon’s partner is now Plainfield’s head of IT. If anyone is Adrian Mapp’s right hand man, it’s Dan Damon.

All this despite Damon’s utter lack of good citizenship. He has zero credibility outside of a small, delusional group of supporters. Most of us couldn’t live with ourselves if we wrote a blog like Dan’s. If we regularly made tasteless posts, like one ridiculing the sexuality of politicians – with no proof, of course. If we told outright lies, all the time. It’s not a matter of Dan’s “opinion” – he intentionally lies. He misleads people.

And then there’s his legal issues, most recently being arrested for having sex with a person fifty years his junior in clear view of residents, on West Fourth Street in Plainfield. This was not his first such offense, and his choice of the most densely populated parts of our city showed his contempt for those who live there.

I can’t speak for everyone, but I know such acts would be the end of my community involvement for a long while. I’d be ashamed, embarrassed. But even this disrespect for our community, our commercial district, and our families is no big deal to the Mapp circle, who welcomed Dan back to public events almost immediately following his high profile incident.

“It’s his personal life,” I’ve heard some of them say. “I can’t condone it, but it was consensual.” They fought hard to keep Damon on the Library Board after his transgressions.

Perhaps it would be more offensive to them had it occurred in their neighborhood, on their street, in front of their home. Or maybe not. Maybe their defense of Mr Damon is only skin deep, if you get my drift. One thing is for sure. This privilege – this cloak of invincibility for all the damage he does in Plainfield – would not be afforded to everyone, everywhere.

Despite being Dan Damon, he behaves as if he is a moral barometer in this community, taking any and everyone to task for anything, real or imagined. Perhaps Mr Damon ought to take a look in the mirror. Adrian Mapp, too. 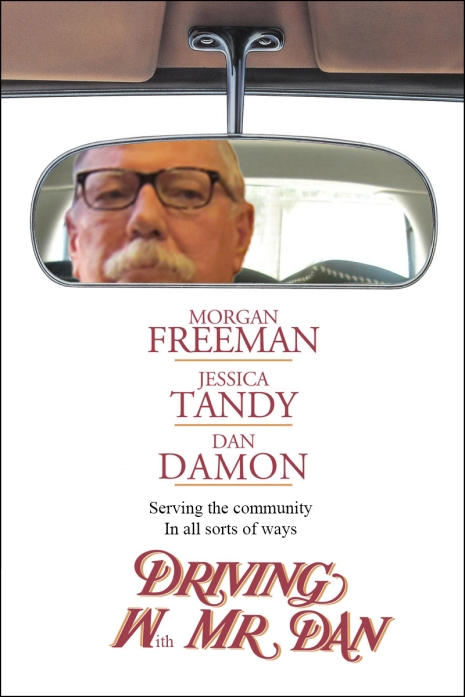