Late last week, I sat down in the living room of James Plummer, a 38-year resident of Plainfield, to discuss education here and beyond, as well as his background as an educator. James Plummer will be running this April 19th for a spot on the Plainfield Board of Education, on a slate with Board President Wilma Campbell and Vice President Frederick Moore. 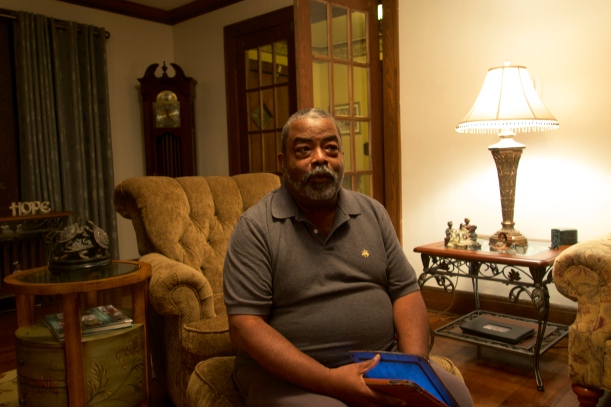 What is your relationship with Plainfield, and its schools?

My family and I moved to Plainfield in 1978, and still live in the same home on West Eighth Street. We sought a community that had a diverse population, a downtown, and easy access to NYC – and Plainfield provided all three. Our boys, James and Joel, were 7 and 4 years old. Five years later in 1983 we adopted a seven year-old girl, Loni, who had special needs.

My wife, Barbara, taught kindergarten at Jefferson School for 26 years and retired in 2015. Our sons attended Cedarbrook, Hubbard, and Plainfield High Schools. The sons completed undergraduate and graduate school. James has an MBA and works as an executive for a national drug firm. Joel was a Phi Beta Kappa and National Honor Society member at Rutgers University, and is AB.D. for his doctorate. He now teaches social studies at Plainfield High School and is an Adjunct Professor in the Africana Studies Department at Rutgers. My daughter was educated out of district for two years, and then enrolled in Plainfield elementary, middle and high schools and subsequently earned her high school degree. A grandson attended Evergreen from 1-6 grade, until he moved out of state. One of my granddaughters currently attends kindergarten at Cook

While my kids attended the Plainfield schools, I was closely involved in activities associated with their schools including, the PTA at elementary schools, the Plainfield Citizen’s Budget Advisory Board, Cub and Boy Scouts at Cedarbrook, the W.E.B. DuBois Scholars Program, Upward Bound and more.

How long have you known your running mate, Wilma Campbell?

I have known Wilma and John Campbell for decades now, and have witnessed their dedication to the Plainfield community. I am humbled that I am running with Board leaders Campbell and Moore, and I believe I will add another voice of reason to the Board.

What in your background prepares you to take on improving education in Plainfield?

My work background is Educational Administration and Counseling, and to a lesser extent Teaching. For many years I devoted my time to ensuring that urban kids got admitted, supported, and graduated from Rutgers University, where I worked as a Financial Aid Officer, Educational Opportunity Fund (EOF) counselor, Academic Dean, EOF Director, Administrative Dean, and Dean of Students over a 30 year period. My graduate school academic training revolves around a graduate degree in Administration, Policy, and Planning from Rutgers with a specialization in Community Development.

When my kids finished college there was less financial reason to continue working at the University. Early in 1999 an East Orange acquaintance belittled my success at Rutgers by telling me that I was “working with the cream of the crop.” The real challenge he said is working with young kids. So, I left Rutgers 15 years ago to further work with urban kids.

I’d thought because of my status at Rutgers, receiving more than forty citations for accomplishments, including the Presidential Award in Administration (awarded to the top administrators at the University each year) I would easily transition to secondary and elementary schools. How wrong I was. I learned quickly he was right, I knew nothing, as I began to talk with principals, teachers, and counselors.

So I took time off, and studied and observed teaching techniques and modes of learning. A year later, I began teaching self-contained seventh and eighth grades at an alternative school in East Orange that had a skeletal curriculum. I learned so much from the kids, fellow teachers, and writing the lessons for math, science, social science, and English. Within two years, I was named Teacher of the Year at the school. Two years later, I took a job as a teacher at a black prep school in Newark. Within a year I was appointed Assistant Principal, and then Principal. From that experience I got first hand knowledge of the demands of being a school leader.

The following year I got my dream call, an offer to work in “kiddie prison,” a juvenile detention center. It was the largest in the state, housing more than 200 students. I taught high school social studies, but later expanded my my teaching load to college Sociology. It was a great experience, and within two years, I was named a NJ Teacher of the Year by the State of NJ.

What plagues our local schools the most?

I think we need to spend more time espousing the great things happening in our schools. Yet, if I had to pinpoint a major problem, it is the lack of schools keeping students for their entire school years in the Plainfield School system. Too many students are siphoned off by parochial and private school for academic and athletic reasons. If state tests scores were grouped by zip code of residence, Plainfield would be ranked among the higher districts.

We are losing a lot of students to Union Catholic, Bishop Ahr, St. Joseph’s – all of which can hardly be labeled superior to this district in curriculum design or faculty training. The major difference is the environment. It’s not credentials, nor abilities.

We should do such a good job that students not only desire, but demand to stay in the school district. The same should be true of teachers too. We have to appreciate our faculty as much as possible, allowing them to teach in ways that work best for them and their students, and maintain an in-building support system from experienced building leaders.

How can we improve the image of these schools?

Let’s start by advertising more the great teachers with outstanding credentials and life experience. They are the people who work with students on a daily basis, and we must highlight our best and brightest. Most of parochial and charter schools and many of the surrounding public schools have sub par faculties by comparison. We have to let people know what we have, and at the same time we’d be letting the faculty know how much we value them.

Where do you stand regarding April and November elections?

I am against changes to the electoral process that may compromise its integrity. Although I feel an appointed board would more likely lead to a better prepared Board to do educational policy, it is often more tied to political bonds. Board of Education elections concurrent with General elections is inevitably overshadowed by the municipal contests. Reverting to a separate educational election guarantees that voters are solely present to address the issues at hand. The initial additional cost is hopefully recouped from savings that result from good decisions by an effective Board.

What is the importance of School Resource Officers?

We need to work with the Mayor to make sure that SRO’s remain an important element of the school’s environment. The last thing we need is an incident to make the school or city look bad. Remember, perception needs not turn into realty from a bad incident. I’ve been very impressed with what the City has been doing and it is unlikely that a move would be made that would harm the City and schools.

The SRO’s are not just police in the schools, as it’s not all about security. They are specially trained officers who help foster an understanding that not all law enforcement is bad. In daily interaction with young people, not just when there is a fight or something else in the building, they began to view SRO’s as positive adults in their lives. It’s another element of the Board and City working hand in hand, and the need to promote the city.

Plainfield has a lot of charter schools, nowadays. Talk about the importance of community schools.

Not long after we moved here 38 years ago, I didn’t necessarily know the schools, but I knew of the school leaders. The success of the schools were intricately tied to standards of each principal. I think we’ve lost some of that. We don’t only need consistent, community schools, but consistent, longstanding leadership at these schools.

But let me say something about charters. It’s almost criminal that Plainfield has five and possibly six charter schools. No other city in Union County has one. A Board has the responsibility to do what is best for our children. The Board, along with elected officials at the State, County, and municipal levels should have been a united voice in preventing the creation of so many schools. I will voice thunderous opposition to any further reduction of the school budget to fund these schools.

I know you are big on sports.

Absolutely. I’m a big supporter of athletics, although one of my saddest days was caused by Plainfield. In 1976 my high school Neptune, played Plainfield High School for the Group 4 State Championship televised by NJTV. Neptune was the favorite. During half-time there was a piece about each town, as Plainfield was just designated “An All American City”. I thought “Plainfield seems to be a nice town. Too bad they’re going to lose”. Plainfield stormed back in the fourth quarter and won. I was crushed.

Nevertheless I understand there’s a lot of benefit students get from being involved, even if they aren’t star athletes. Getting to practice on time, following the rules, losing, being humble, improving. Further for guys who might not have a man in the home who they can talk to, they get that in their coach. I’m a strong proponent of athletic programs.

Can you talk a little bit about raising expectations for our young people?

I directed several Educational Opportunity Fund Programs (State program for educationally and economically disadvantaged students). Many of these students had lower SAT and grades below the college mean, and would not normally be admitted. Yet, my staff continually talked about success and being a part of a academic team. In the end, the program ended the year as the highest ranked in the state. It really is a matter of believing in success.

When I ran, I talked about the importance of project based learning techniques. What are your thoughts?

Project based learning is my favorite teaching modality, though It takes a lot of work because you have to anticipate what the students will need. This is especially true if there are independent research portions of it, because of the need to structure an evaluation process of data. PBL allows students to work at a pace right for them, while giving the teacher almost daily feedback on progress.

I also like the idea of students doing Independent studies that may allow them to couple up with community agencies and private industry. This would be a real life “win – win” for the City and School Board. Our academic leaders need to encourage that sort of learning.

5 thoughts on “A Sit Down with James Plummer”