In November, the Plainfield City Council approved nine new four-way stops in addition to two already established last summer. Six of the eleven have already been installed, and the following map shows all locations where all-way stops are to be implemented. Click here for a larger version of the map. 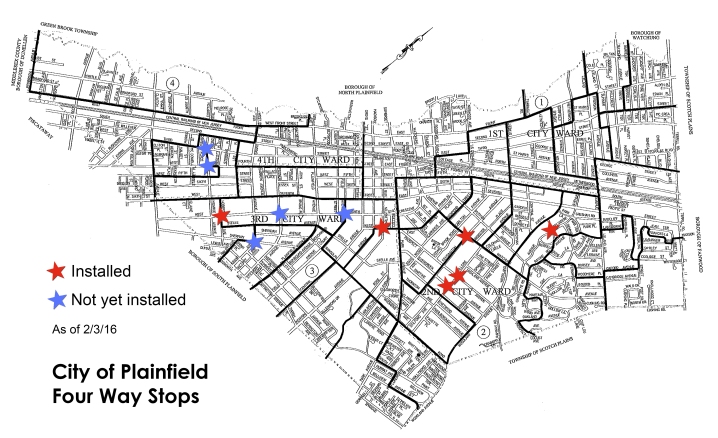 Having lived in Philadelphia for six years – a city with over three thousand all-way stops – I understand their value. In dense urban neighborhoods with narrow streets, it’s hard – impossible really – to see down the street before reaching the center of the intersection.

Of course, four way stops gave police officers unlimited cover to pull me and anyone else over for “not making a complete stop” but political issues aside, I appreciated the safety they provided. It’s not like police in areas with two-way stops have trouble finding other reasons to harass black folks.

Four way stops first came into the Plainfield discussion this summer, when residents’ complaints lead the city to install an all-way at Hillside Avenue’s intersections with Prospect and Evergreen Avenues.

Confused motorists on the Hillside Avenue often ran the sign at Prospect – and they had good reason. If Prospect stopped for Hillside, there was no reason to have Hillside yield to less-traveled Evergreen, a street that yields to both Woodland and Kensington Avenues. 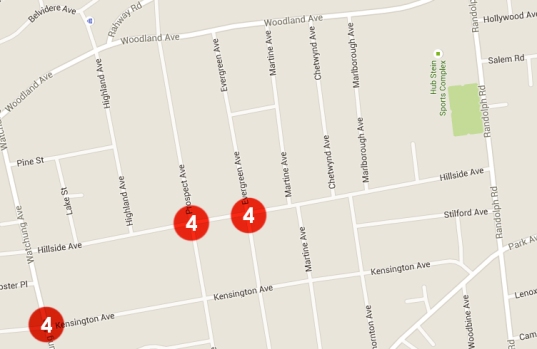 Since changing the direction of a stop sign has catastrophic consequences, it seems to me that a four-way stop at Evergreen corrected an important error in traffic flow. A second one at Prospect insured it would not be the only stop sign on this 7/10 mile stretch of Hillside Avenue.

Having already created two four-ways, the city decided to expand its all-way stops to nine new intersections as shown in the first map. The locations suggest they are mainly used to curb speeding, not in areas of low visibility.

Stopping on Watchung Avenue at Kensington is awkward and painful, but having witnessed two speeding cars flip at that intersection, I understand the intention. 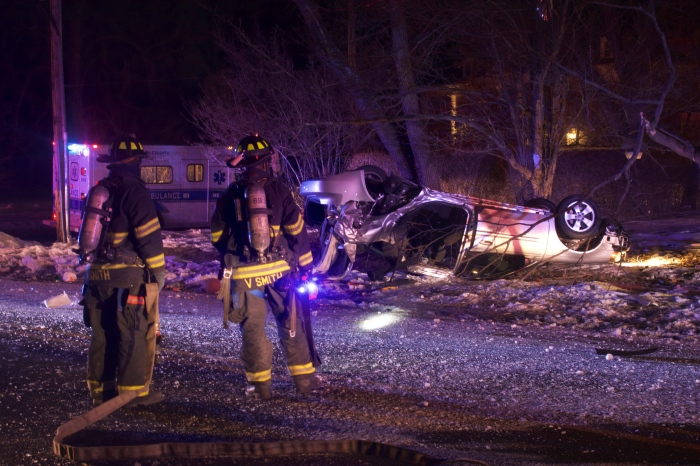 A flipped car in front of my old Watchung Avenue apartment, early 2015.

The locations are confusing to me. Three of these eleven stops will be on one small stretch of West Eighth Street, which is very close to the proposed intersection of Grant and Sherman. Along with the three all-ways near Hillside and Watchung, this means that seven of the eleven four-way stops are in two very small neighborhoods across the whole city.

While Plainfield is not Philadelphia, I do think there are many of intersections in town where visibility is an issue. Webster and Putnam – West Fourth and Madison, right by Stillman School – just to name a couple. There are others.

As drivers zoom by, especially on one-way streets, it’s hard to see past parked cars to make sure all is clear. There are also other streets in all parts of Plainfield where speeding is a huge issue.

Just my two cents. What do you think about the proposed and installed four way stops? Facebook comments are welcome, too.

Update 2/7/16 9:24am: As I expected, the dozens of comments were in Plainfield Facebook groups.

3 thoughts on “What about those four-way stops?”