Today, I decided to take a late morning walk towards downtown Plainfield. Here’s what I saw along the way. 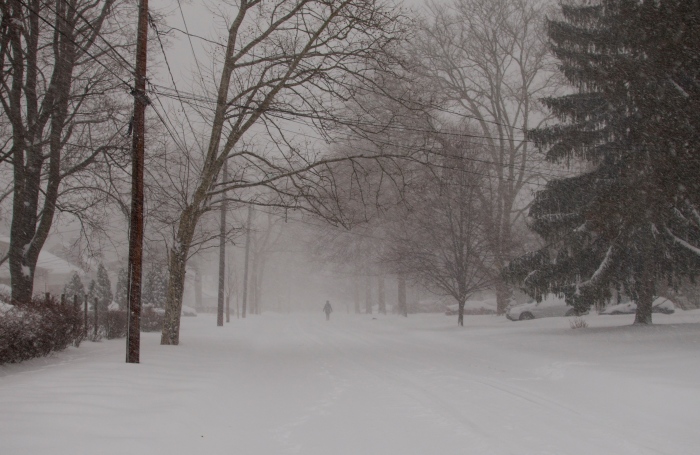 A look down Pemberton Avenue towards Cedarbrook Park. I’d say there was about a foot of snow when I left, in most places. Because of the heavy wind, some areas had a lot more or a lot less.

Down Randolph Road, towards the Park, from Kenyon Avenue

We out here #snowmageddon #plainfield 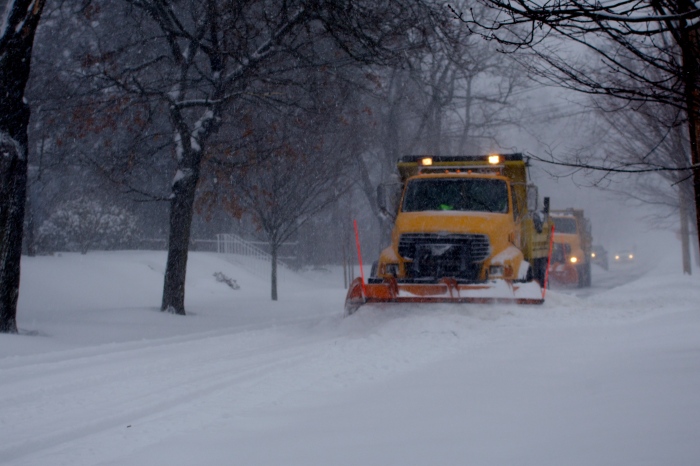 It was hard to walk down Kenyon with all the snow, but got a lot easier when city plows came through – like these two. 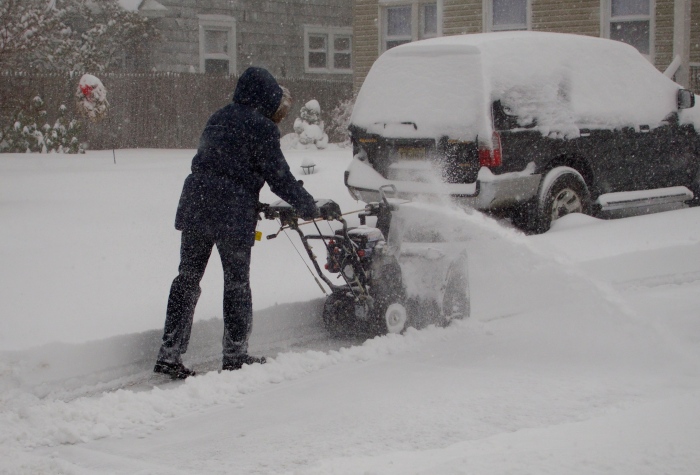 A man clears his driveway on Kenyon Avenue

Digging out a car on West Eighth Street near Park Avenue

Park Avenue looking towards the intersection with 7th Street 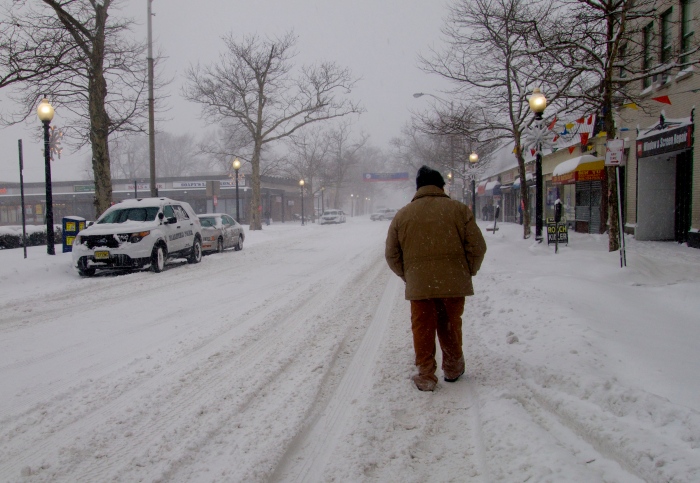 A lot of downtown businesses were open – particularly bakeries and other eateries. 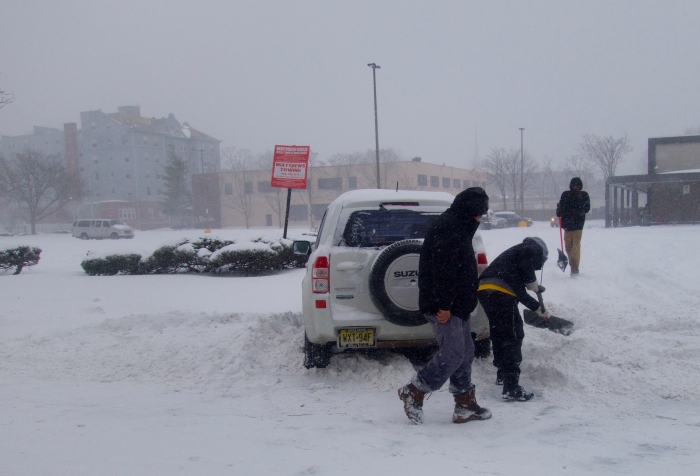 Residents working together to free this car near Twin City. I saw at least ten stalled vehicles in two hours on the street.

Snow or not, the laundry has to get done 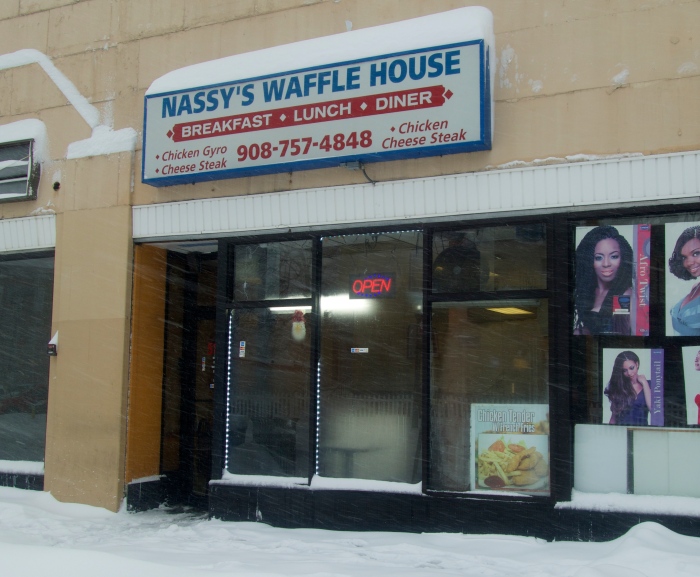 Someone crosses the street near City Hall

Restaurants weren’t the only businesses open. It seemed like all of the bodegas were doing business.

Mail carriers didn’t get the day off. The large mail truck was one of those stalled vehicles.

I had a cup of coffee at Danny’s, and stayed for almost an hour. 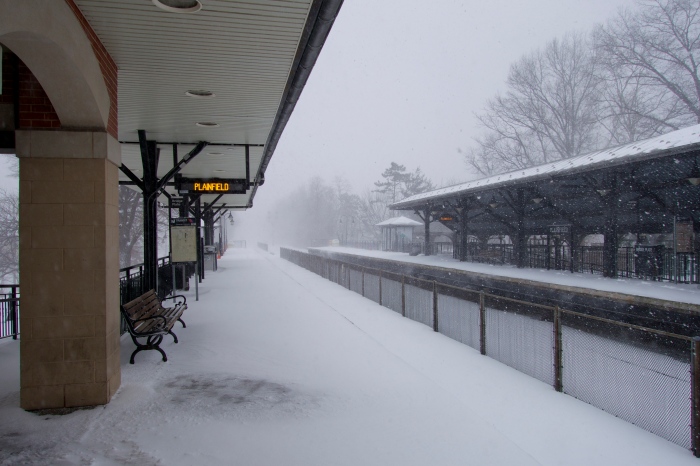 NJ Transit trains are shut down for the whole day. 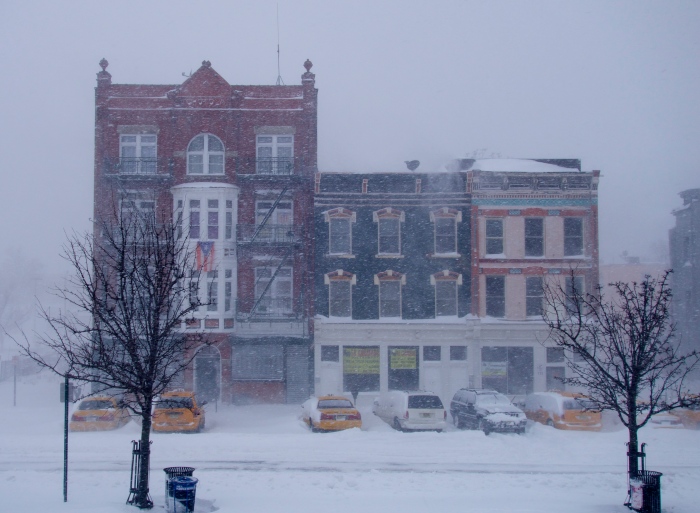 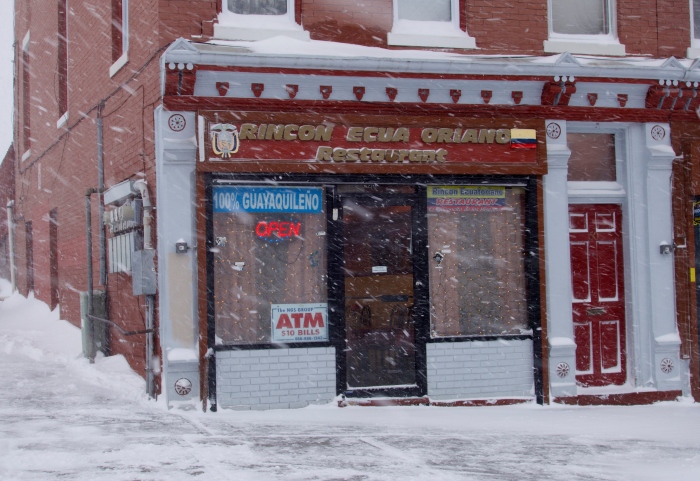 Even this city snow removal truck was stuck in the snow. 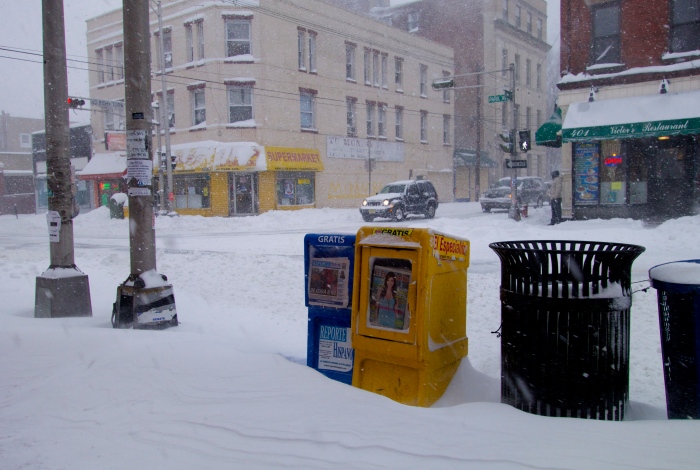 These kids were clearing a path on Park Ave. I had to convince them not to pose for me.

Back towards Seventh and Park

Almost three hours later, upon my return, there were at least two more inches of snow.