On Wednesday evening, while only blocks away some residents recovered from serious flash floods, others gathered to enjoy Music in the Park at Plainwood Square. The event was sponsored by the Union County Freeholders, the Plainfield Cultural & Heritage Commission, New Outlook Pioneers, McDonald’s, Pillar College, Burger King, and Coury’s Autobody. 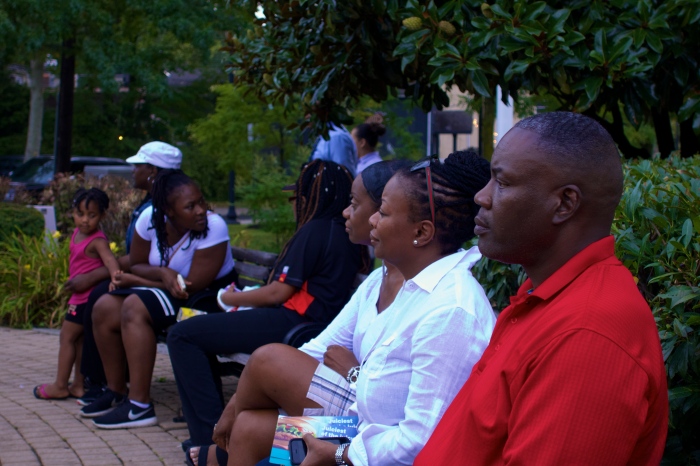 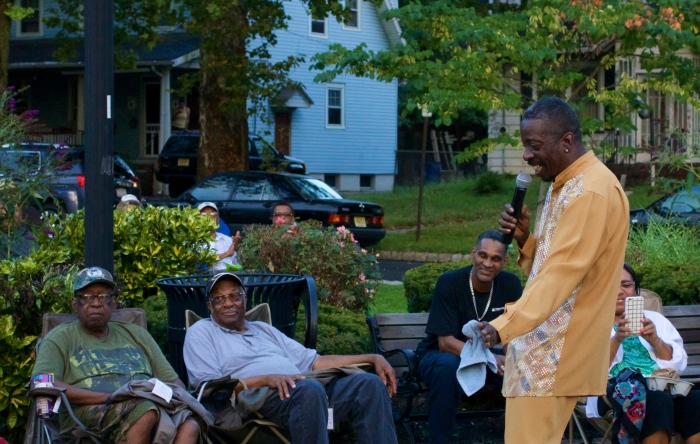 The first featured act, Tony “Showtime” Riley. Before Riley performed there was a Plainfield Idol competition that had two winners. I only caught the tail end of it. 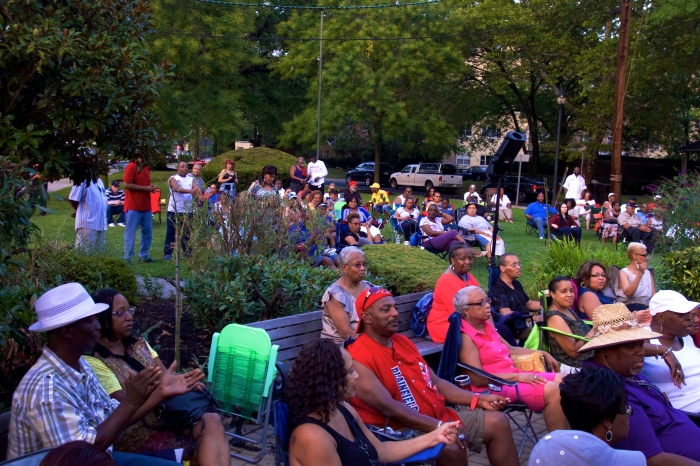 The crowd would grow much larger as the evening moved on. 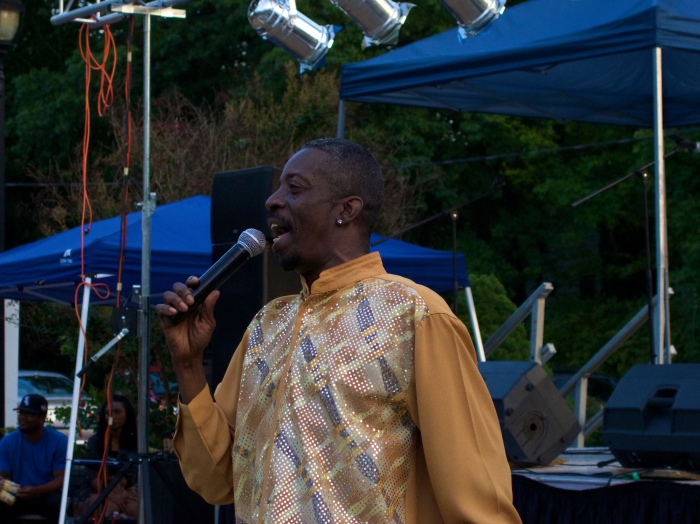 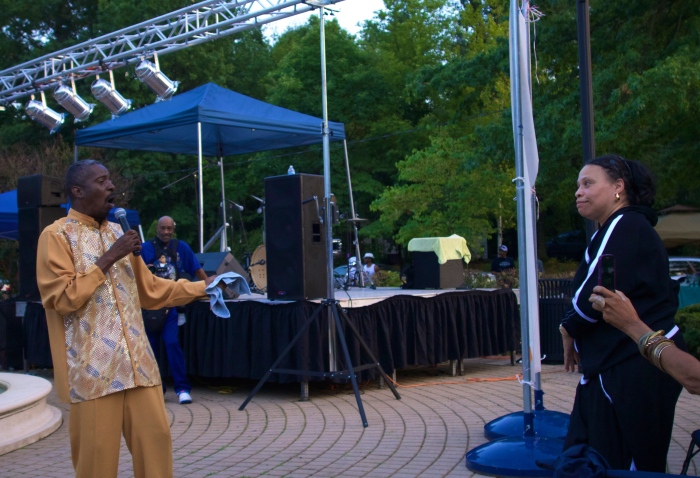 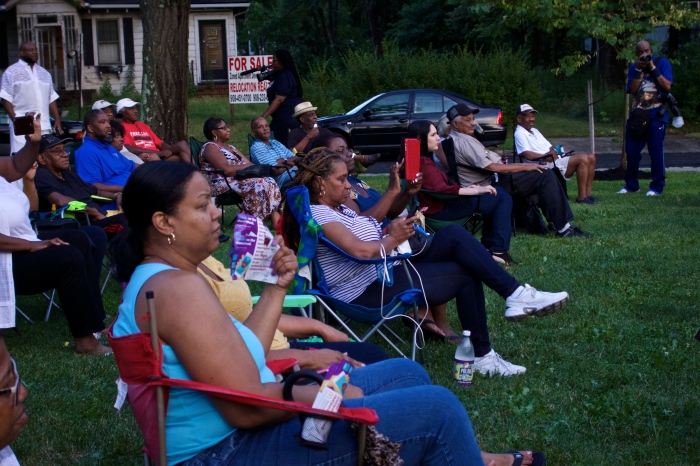 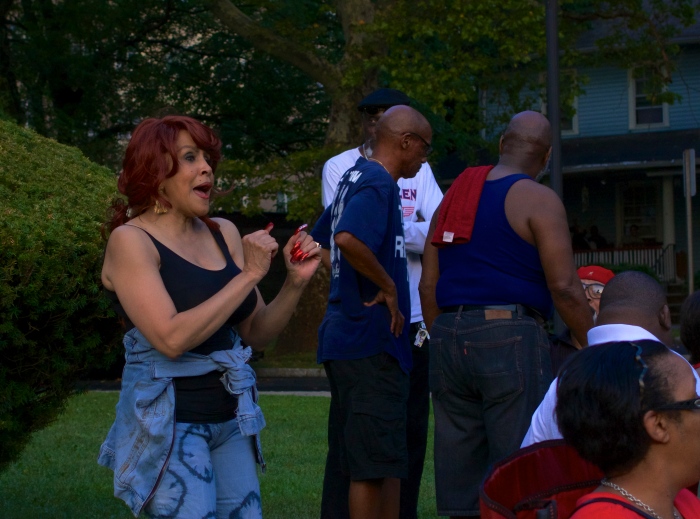 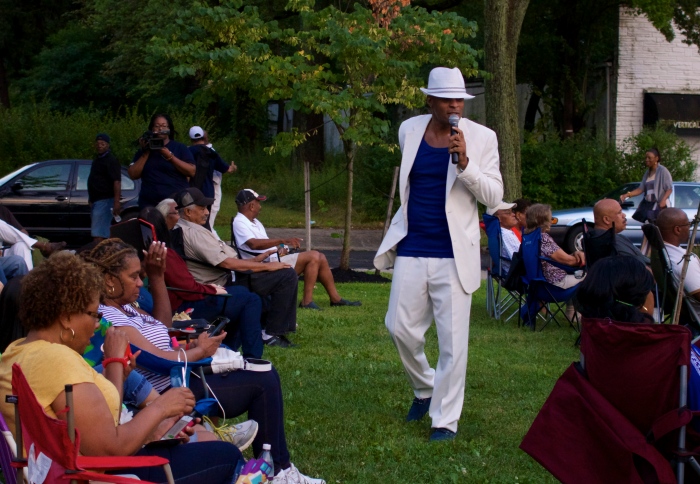 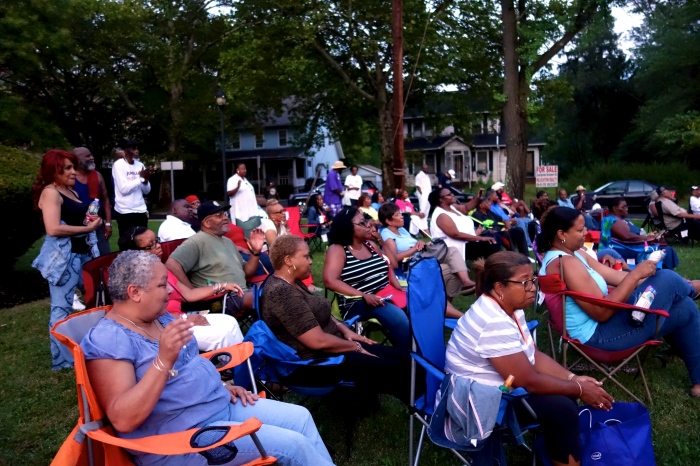 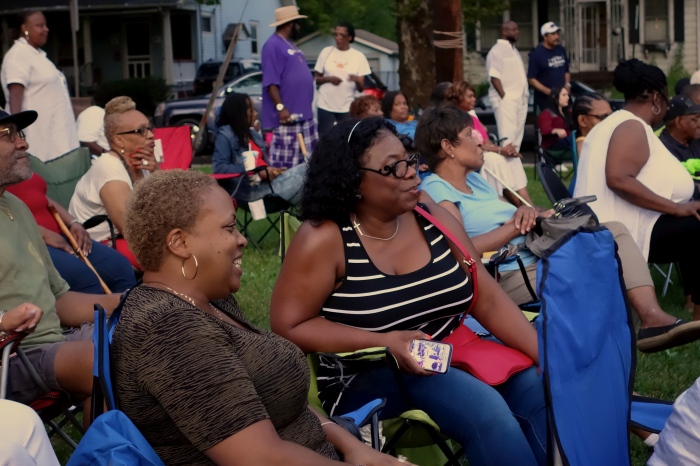 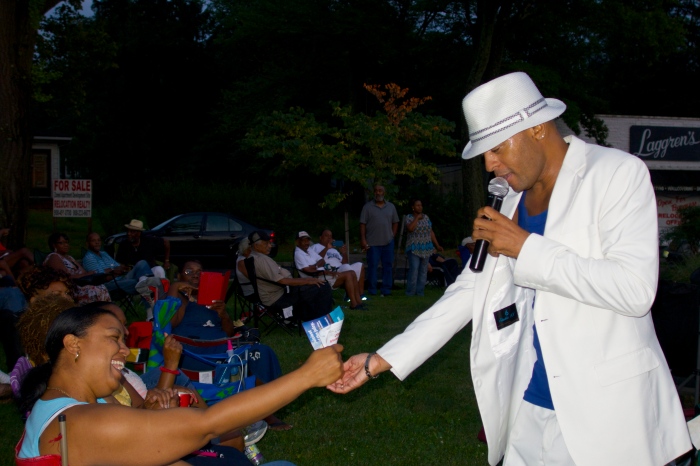 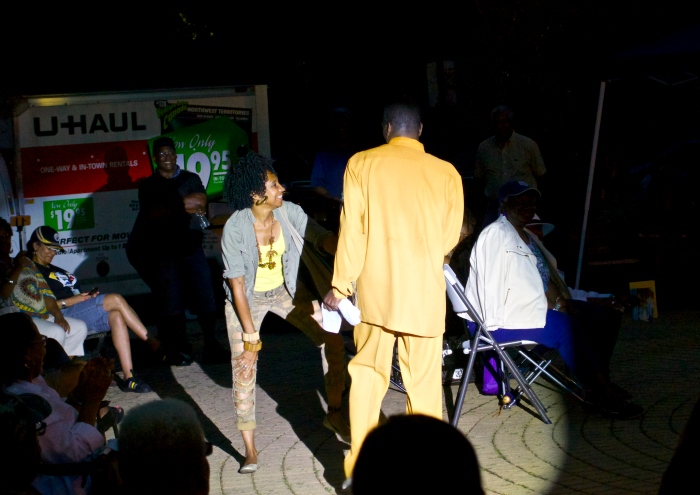 Tony Riley came back on. 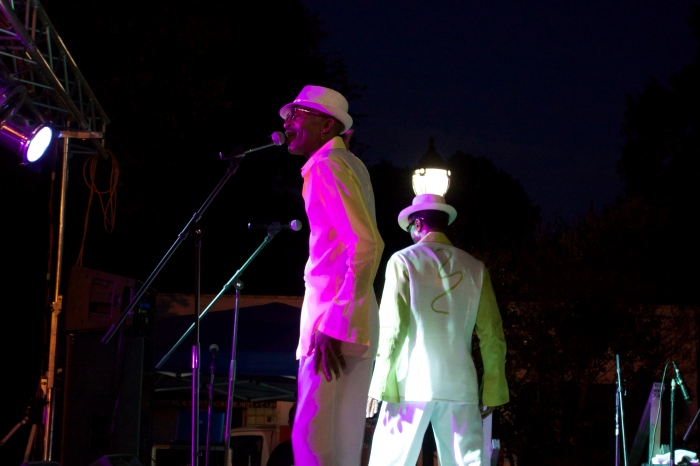 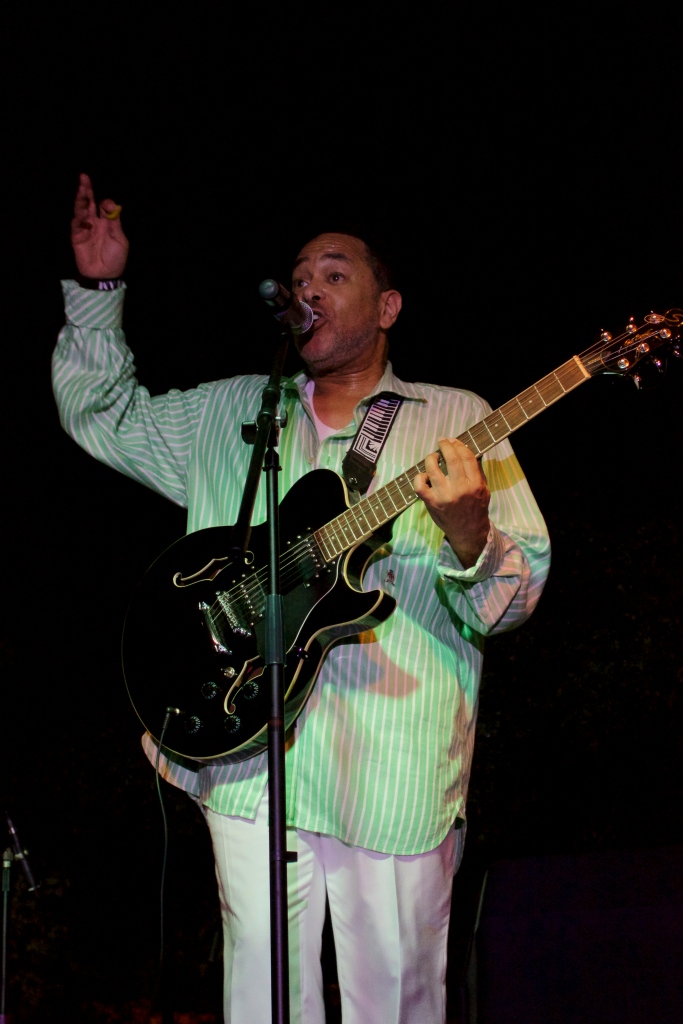