Technical issues have delayed the footage of the community discussion that followed, but I’ll be sure to release much of it moving forward. 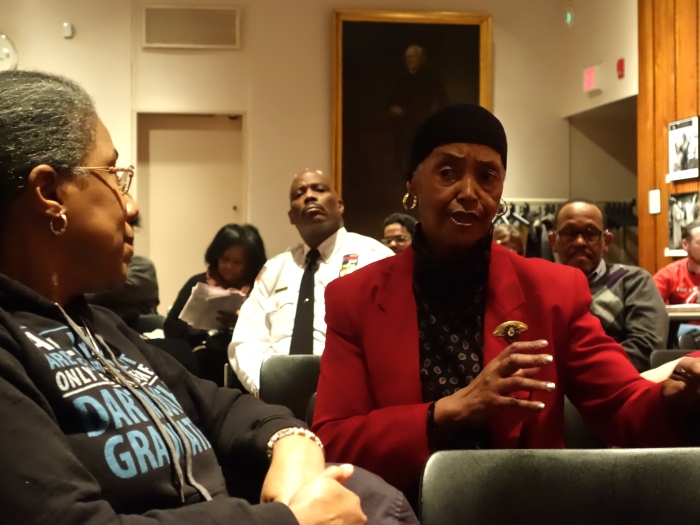 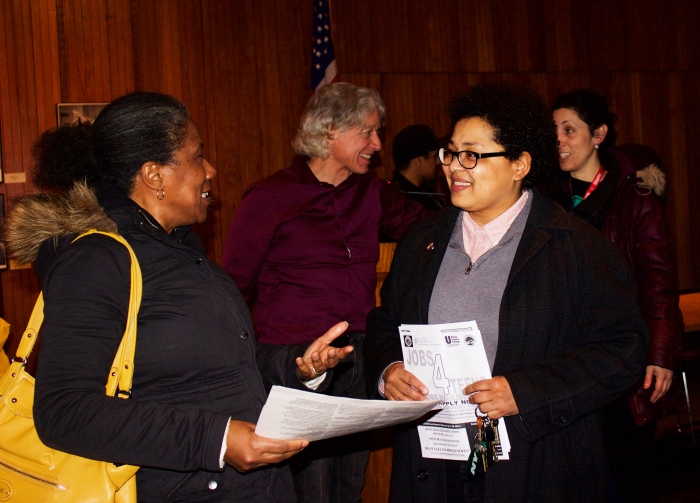 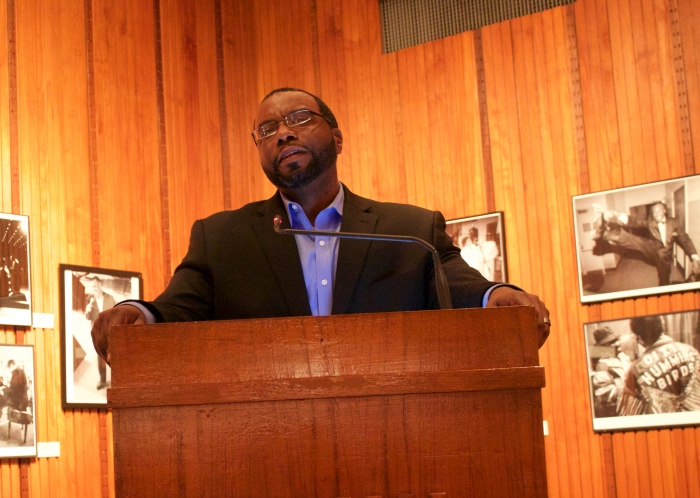 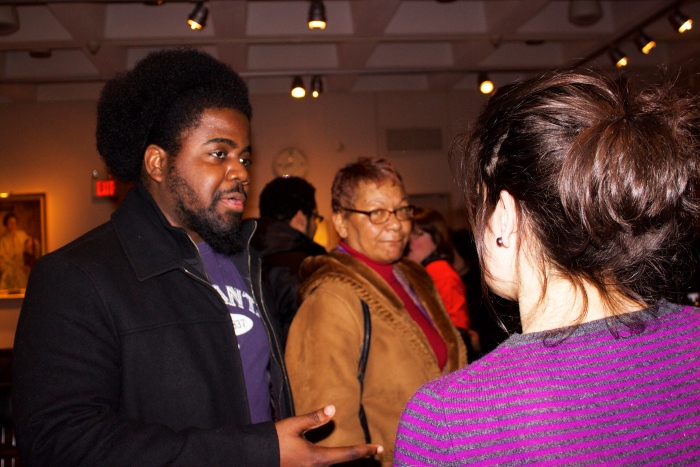 Josh Howard, of KYSS, is interviewed by Katie Lannan of NJ.com 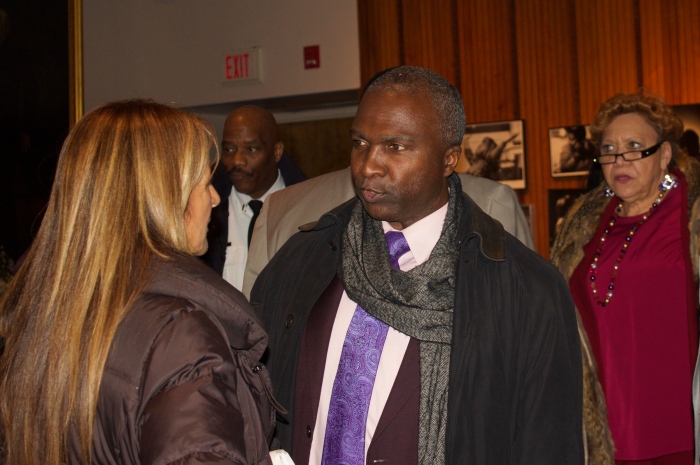 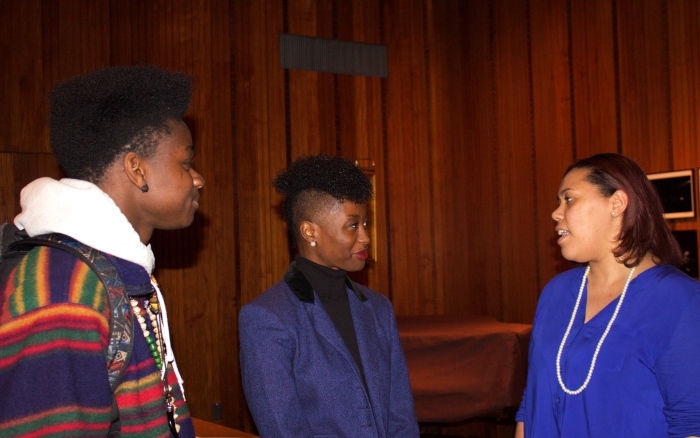 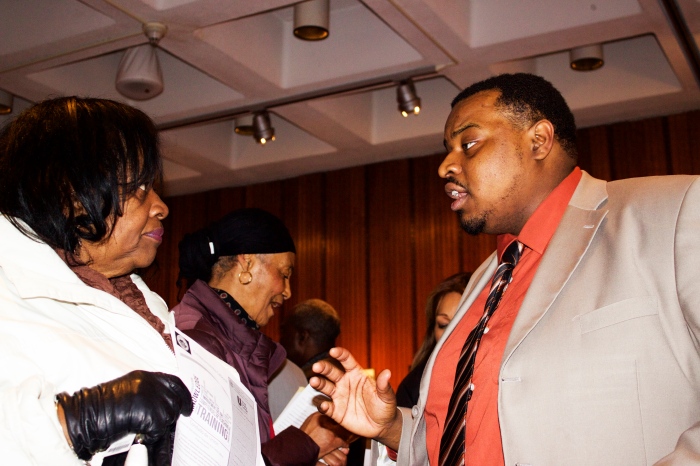 Board of Education President Wilma Campbell and a resident. 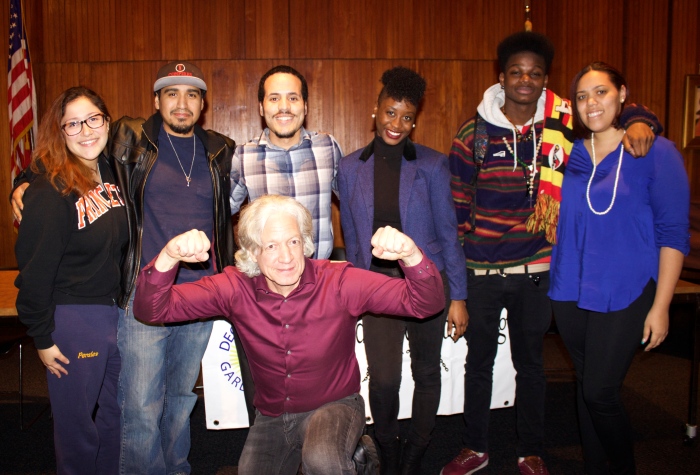 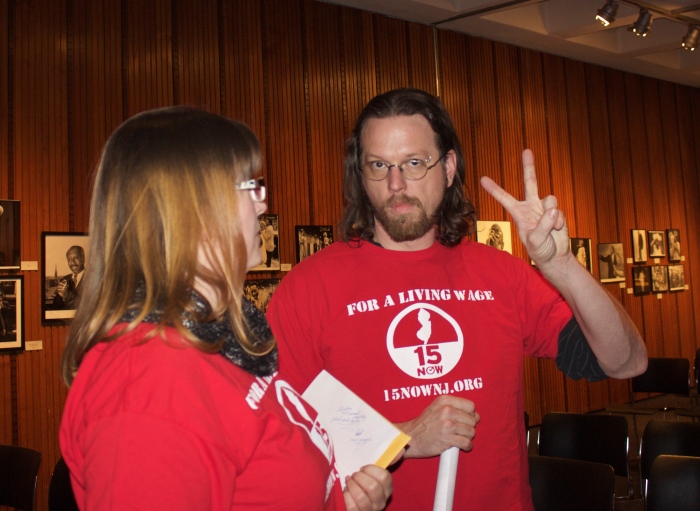 Representatives of 15 Now NJ were on hand 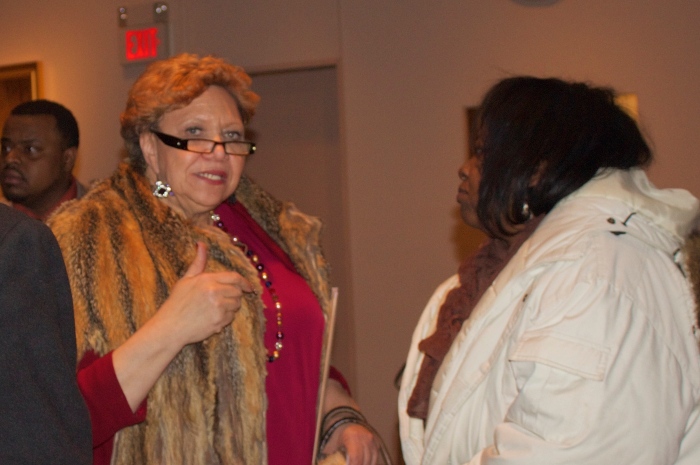 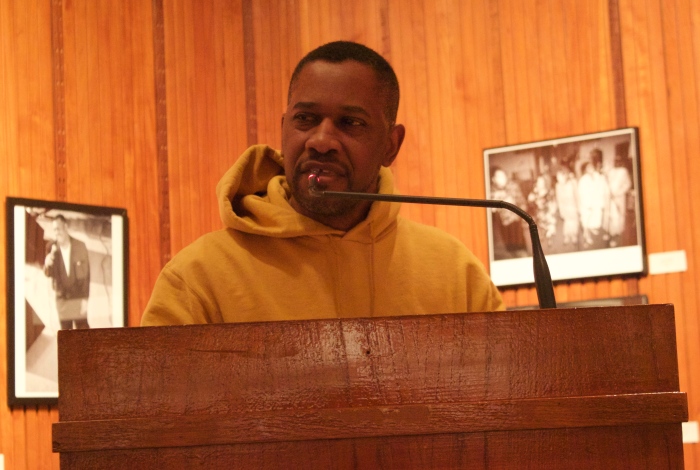 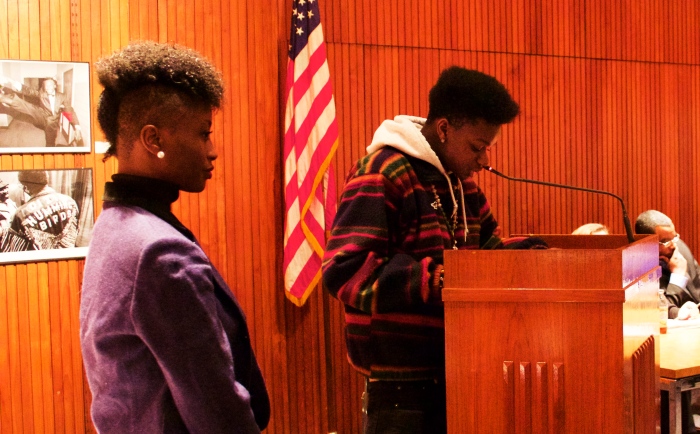 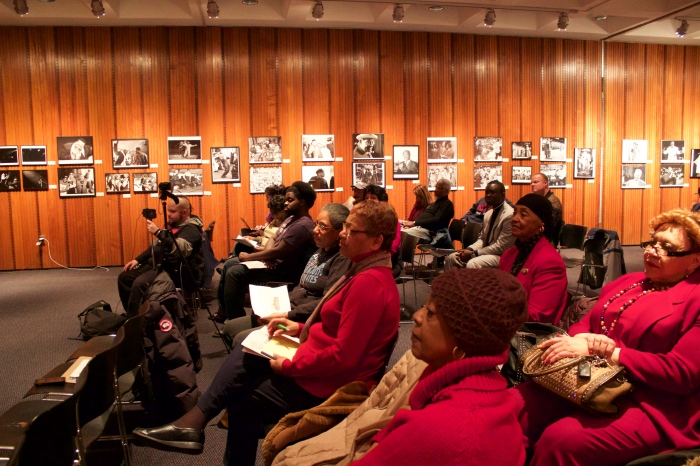 The front portion of the crowd before everyone arrived. Over forty people were in attendance.