Plainfield teacher and photographer Joel Plummer is an Instagram must-follow if there ever was one (@plummerphotos). Mr. Plummer’s professional photos are largely sports related, while the pictures he shares online also center on family life and the socio-political realm.

On Thursday, Joel Plummer released an ebook of powerful images, video, and commentary about the increased political activism during the past two years in response to state-sponsored violence against black Americans. The movement, which Plainfield View has covered on more than a few occasions, is commonly referred to as #blacklivesmatter.

“The point…is to show the viewer that if you decide to enlist in the fight against oppression, you will not stand as an individual,” says Plummer in its pages, “but rather as part of an army of many thousands who collectively have more than enough power to change the world.”

While the download is free at http://blacklivesmatterbook.com/ for both desktop and mobile devices, those who appreciate his work are asked to lend their influence in return – to share the book with at least one other person.

Check out a few photos below, followed by a promotional video.

Protesters from an August 24, 2013 rally in Washington, DC (Joel Plummer)

Demonstrators at a Newark action on December 10, 2014 (Joel Plummer) 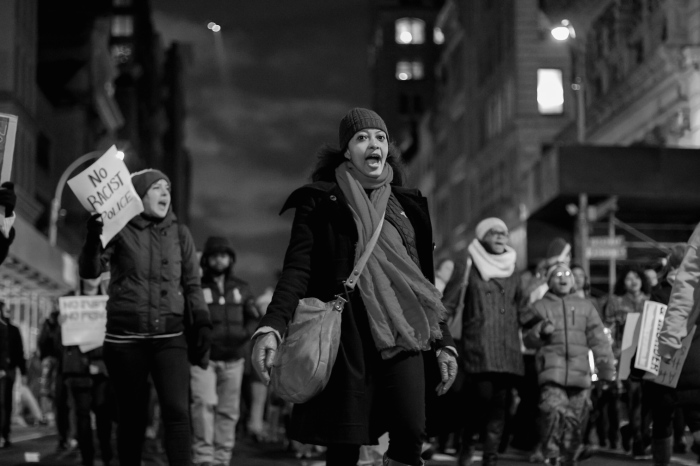 A few of the 50,000 or so who participated in the December 2014 #millionsmarch. Plummer, like me, was not impressed by the behavior of certain Santacon pub crawlers (Joel Plummer)