I really didn’t plan to release this piece, much of which I wrote following Danny Dunn’s speech at the past City Council meeting. Then came this weekend’s campaign fish fry breakfast. Danny Dunn acted so embarrassingly that he felt it necessary to call me afterwards, twice, pummeling me with long, wildly inconsistent, incoherent rants of nearly twenty minutes each where I hardly said a word, literally.

It’s not about me. The behavior of Jerry Green and some of his operatives is a negative force in Plainfield and around this Board of Education election. Danny Dunn has worked with all sorts of people in Plainfield over the years – but his latest antics should be rooted out of any campaign.

It all reeks of fear and intimidation. It’s vulgar, manipulative, and downright inappropriate – in other words, it’s very Jerry. We’re supposed to be better than what I describe below. I’m fed up.

At last week’s City Council meeting, resident Danny Dunn ridiculously stood up in front of a relatively crowded municipal court, holding up our team’s lawn sign, complaining about the wording “Plainfield’s Children ask you to elect” as he did the previous week. He stood up there and spewed unfounded rhetoric with our sign in his hands – God only knows how he obtained one ethically, but we’ll go there another time.

He only got worse. Much worse.

Blogger Dan Damon announced our campaign fish fry breakfast, jokingly poking fun at Dunn, pitching the event’s proximity to Danny’s home as “revenge” for his City Council outburst. This got Dunn angry, so angry that he made his own flyer and distributed them outside of liquor stores, around the Park Hotel, and near the YMCA. He even used Damon’s words, verbatim. Click here for an enlarged scan. 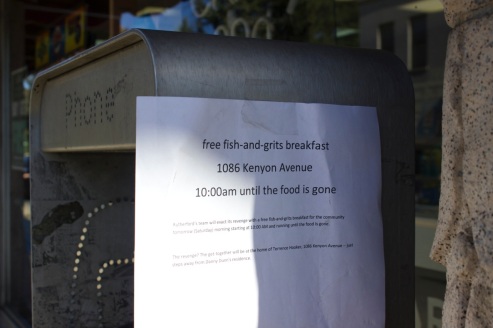 He routinely drove past the home, usually with something to say. “The days of fish and grits are over,” once yelled Danny Dunn, who took it upon himself to drop people off at our event. This continued throughout the course of an otherwise successful meet and greet with a lot of Plainfield residents, most of whom came from the immediate vicinity, where we’d distributed our own flyers.

The story doesn’t end there. At 3pm, when things were finally winding down, Dunn got out of his car and delivered a twenty minute rant to Carletta Jeffers, Terrence Bellamy, and I. “I’m not Jerry Green, all fighting in the street,” he later said, pointing out an important distinction between him and the Chairman.

Dunn later admitted, in his rant, that his campaigning was not based on the issues, declaring that he wasn’t sure if Jerry’s BOE slate would make any difference. “I don’t know anything about the school board,” said Dunn, who also declared that Jerry Green is all about the money. “Of course,” he emphasized.

The truth is that Dunn is the type of person I talked about in my patronage mill post. In that piece, I explained the lengths that people will go, mixing their public life surrounding elections and policy with their goal of keeping their job – or in some cases, with the mere hope of obtaining one. Dunn belongs in the latter category. He even yelled “I’m a hired gun” towards Terrence Bellamy during our event.

You likely don’t know this, but a few years ago Danny Dunn sunk a ton of money into a talentless rapper named KC the Gift – $750,000 according to Dunn during one of those long rants. The investment included a high quality recording studio in Dunn’s own garage. In fact, he funded the following video and corresponding album, already awfully dated in both sound and production by its 2010 release date. You will also recognize the name of the production company – “Kenyon Entertainment” – reminiscent of Dunn’s own street. If that’s not enough, Danny Dunn himself makes a cameo 27 seconds into the video. You can’t make this stuff up.

My goal is not to point out a bad investment that he made – the rapper skipped town not long after. But I want to make the connection between that video and another of Dunn’s creations. While Mr. Dunn insists that his investment in the rapper was an attempt at producing positive music, or to “help children” in his words, the content proves otherwise. It’s far too degrading and inappropriate to even merit a link on my blog, but those who’d like to see “She Wanna Get Rich” by KC the Gift will have to search for it themselves.

From videos like that one day, to public relations for a Board of Education slate the next. Then again, Dunn has put Jerry Green’s BOE slate’s sign in what seems like most liquor stores in town, so perhaps there is some overlap from one endeavor to its successor. It’s ironic, since a couple of years ago the Plainfield Board of Education banned alcohol logos on signs placed on school property. You’d think promoting Board of Education election signs in these establishments would be equally contradictory. 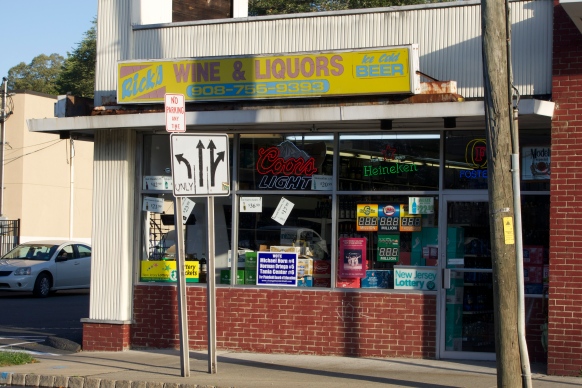 To my count, this is one of at least five Plainfield liquor stores with Jerry Green’s BOE slate in its window. The store owners will let you know who put them there.

Ben Franklin Wines & Beer is among the supporters.

Political opportunism. It doesn’t look good on anyone.