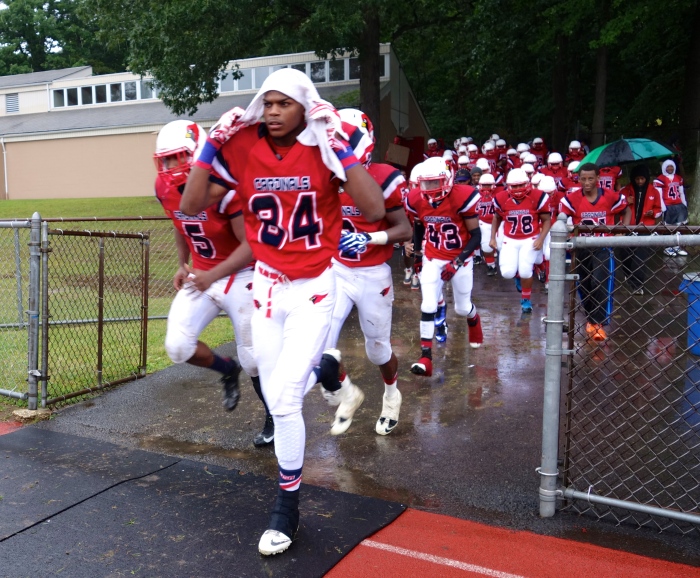 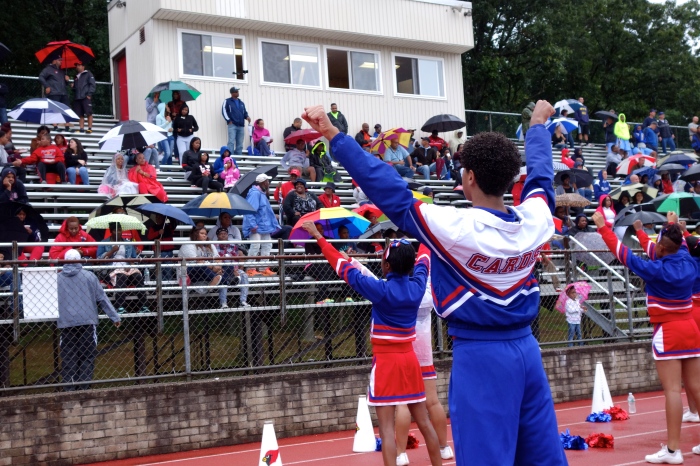 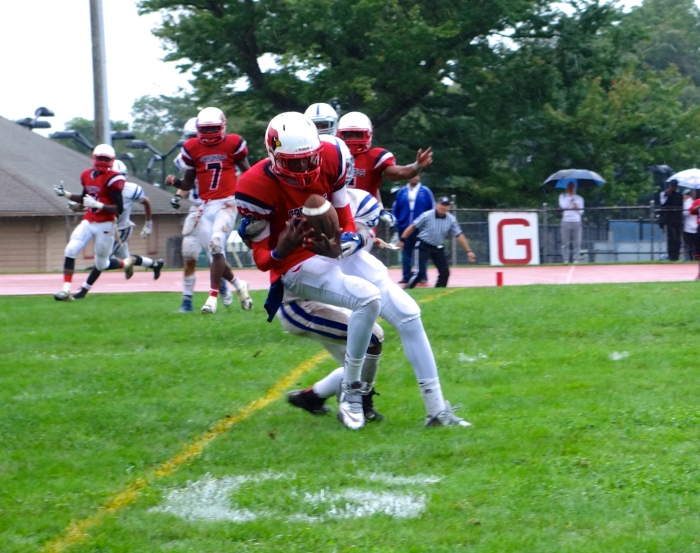 At the goal line, Jachai Simmons almost lands the catch that would have tied the score with under three minutes left. The next play was a turnover that lead to a touchdown, and Scotch Plains Fanwood won by a score of 14-0. 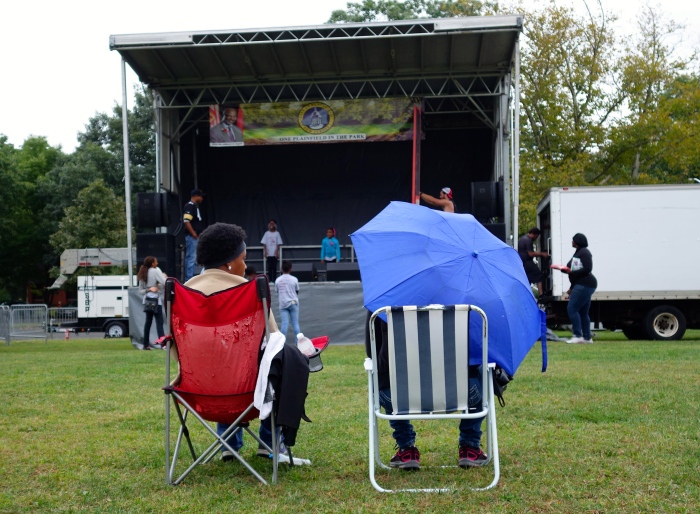 By 2:30 pm, people were already waiting under weary skies for the 4 o’clock “One Plainfield in the Park” concert to start. 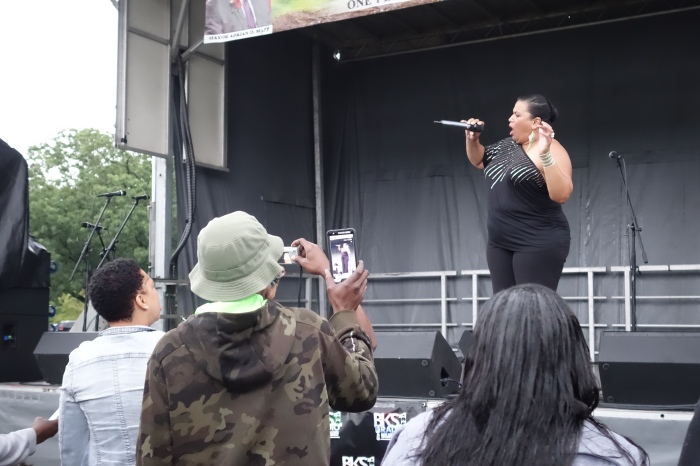 The show went on as planned despite the weather. 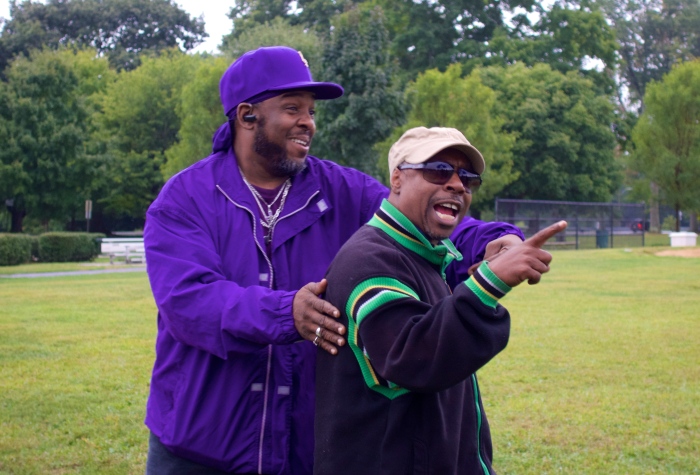 Gino and Jerome enjoy themselves at the concert.