If I can take dozens upon dozens of photos at a City Council meeting, you can only imagine how many photos I take elsewhere in the world. My camera comes everywhere with me, literally – it’s the only way not to miss good shots.

Late last year, I invested in what was then the best “high end” point and shoot camera in the market, the Sony RX100 II (now one-upped by its successor, the RX100 III). My previous camera, the Canon Powershot S90, had held that crown when I bought it back in 2010.

I absolutely love shooting with the RX100 II. Its small size yet great image quality allow for everyday photos, and decent HD video, on the go. The RX100 has the wonderful ability to be inconspicuous. In certain situations, there is no better way to bring awkwardness, or worse, to a room than whipping out a mammoth sized SLR and pointing its intimidating cannon at would be subjects. People don’t even notice my camera as I snap away with almost all of the tools of mid-level larger devices.

While portability is key, there’s one downside about everything small. They are easier to lose.

Yesterday I went on a photo-taking trip with a good friend of mine in Manhattan and Brooklyn, some of the photos to be used, potentially, in his next book. The concept was to focus on bridges and waterways, and since bridges take painfully long to walk by foot, we traded in our Metro Cards for Citi Bikes. 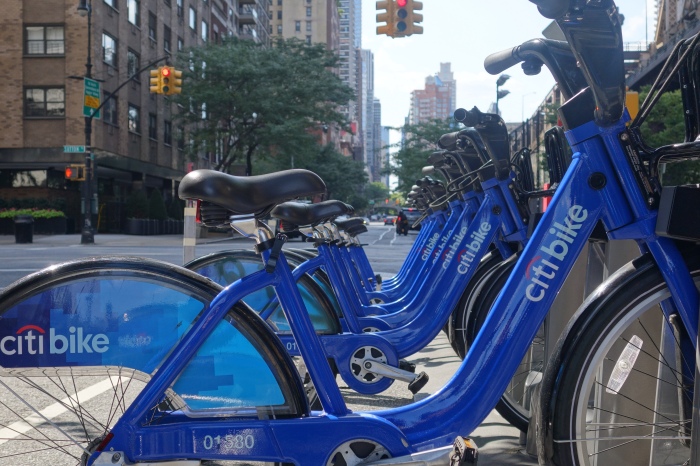 We made our way down from the 59th St Bridge to the Brooklyn Bridge, checking our bikes in at docking stations along the way, as required by the system’s rather short time limits and harsh penalties for surpassing them. These check-ins require returning the bike and then re-releasing it via a Citi Bike kiosk.

The last check-in before the Brooklyn Bridge was on Bayard Street between Baxter and Mulberry. True to form, during the entire ride I kept my camera in the front basket of the bike for easy access. At this last stop, I was unable to re-use my previous bike for some reason beyond my understanding. I had to choose another. My camera didn’t make that transition.

I didn’t realize until nearly ten minutes later, at the foot of the Brooklyn Bridge, that my camera was not with me. Had to go back. In my frantic mood, I got lost returning to the station. This three minute detour felt like twenty. Fifteen or so minutes after leaving, I’d returned, and the camera was no longer in the basket of any of these bikes. There was no one around, the other bikers already having left. I had no camera just before my highly anticipated trip to Montreal later this week.

Then I saw Alberto Machuca standing with his bike alongside a nearby wall. He was preparing to check out a bike when I’d left. “Did you see a camera?!”

“Yes! I’m on the phone with [Citi Bike] right now giving them my information. I was hoping you’d come back.” Alberto, a makeup and hair artist and native New Yorker, lives in the neighborhood and understands how it feels to leave things places. “I left my cell phone in a cab,” he explained to me. “Fortunately, I got it back.” 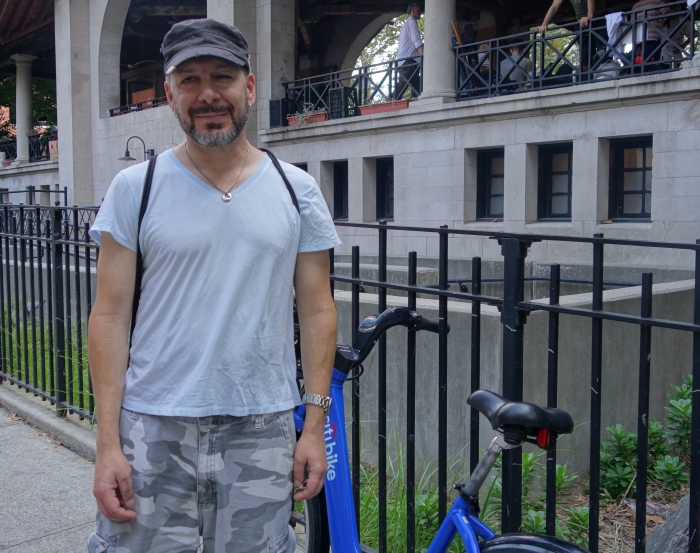 As Alberto passed on the good will, he saved the day, the weekend, the month. There will be no damper surrounding my Canadian voyage, and no photos lost from yesterday. I was lucky enough to have the right person find my camera, stay where I left it, and delay his own schedule to try to contact the bike rental company – the only realistic way to reach me had I not returned. Thanks, again, Alberto.

If anyone needs a makeup artist in our area who is also a great, honest guy, who better than Alberto? Visit his website at www.albertomachuca.com.

2 thoughts on “Alberto saves the day!”