Some interesting life changes are afoot, so I wasn’t able to blog too much in the past week or so. I still have been out and about, though, and here are some photos. 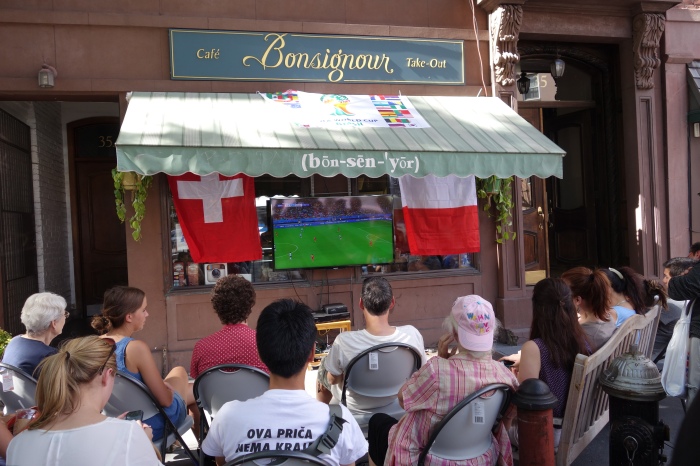 An outdoor World Cup viewing party Friday (6/2) at Bonsignour in the West Village. France led Switzerland 5-2 with only a few minutes left, but all those seated and plenty more standing continued to watch intently.

Jersey City rapper Joe Budden (left) performs at The Wick in Brooklyn (6/14), his hype man Brandon on the right.

On Sunday (6/22) I enjoyed Dave’s Chappelle’s sold out performance at Radio City Music Hall, his fifth of ten sell outs at the venue. 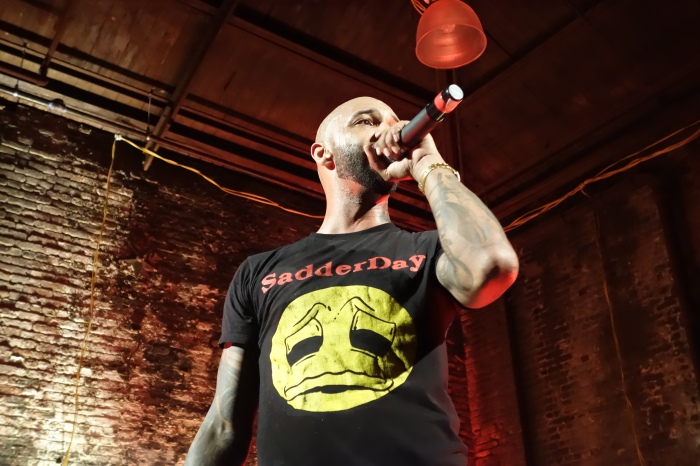