Earlier this month, I questioned why the New Democrats were so closely allied with Jerry Green during primary and Board of Education elections over the course of the past two years. They already knew about Green first hand, but decided instead to act in opposition to a host of people in all sorts of races who challenged the Assemblyman over that two year time period. Perhaps most heinously, they actively fed him (embarrassing, awful) BOE candidates as if they were oblivious to their actions. They weren’t. You know it. I know it. Just read the entire piece. 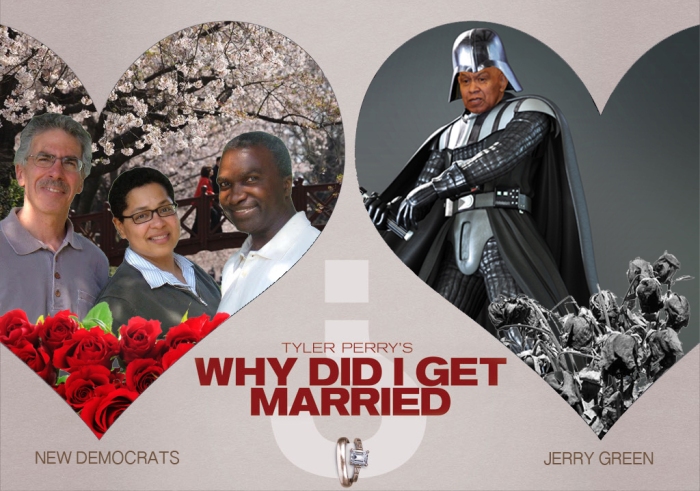 Unfortunately, my efforts at gaining insight into this unholy marriage were futile, as no good explanation was ever given. They never expressed any regret for their actions, even in the midst of their damning recent critiques of Green allies. Last year they were active Green allies, too. Campaign literature for May 2013

Absent an honest discussion, I can only hope such strong collusion with detrimental powerful figures, Green or otherwise, does not happen in the New Democrats future.

As it’s election time, I guess hope will have to do.

5 thoughts on “Why did they get Married?”