Just a small portion of the huge crowd that gathered to celebrate Howard University’s Class of 2014 Saturday, May 10 in Washington, DC. I attended as my sister Mia was one of the graduates. (Photo by Elliott Simmons) 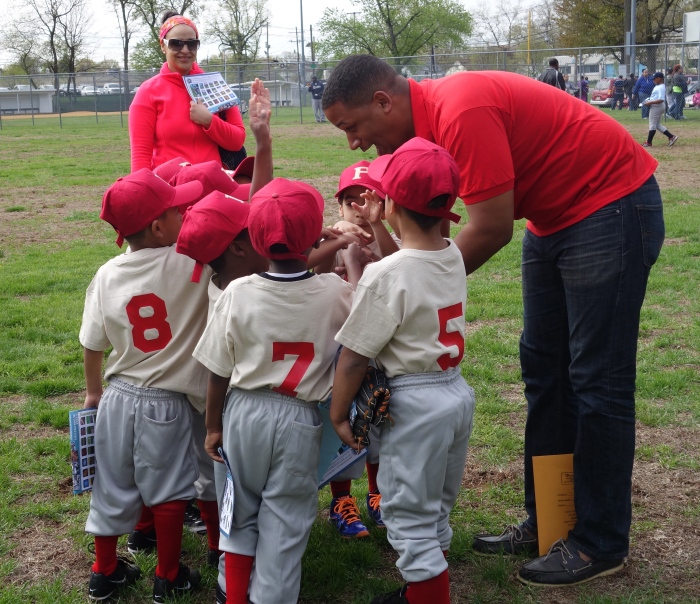 Coach John Campbell, Jr and his team of tee ballers at opening day on Saturday, May 3 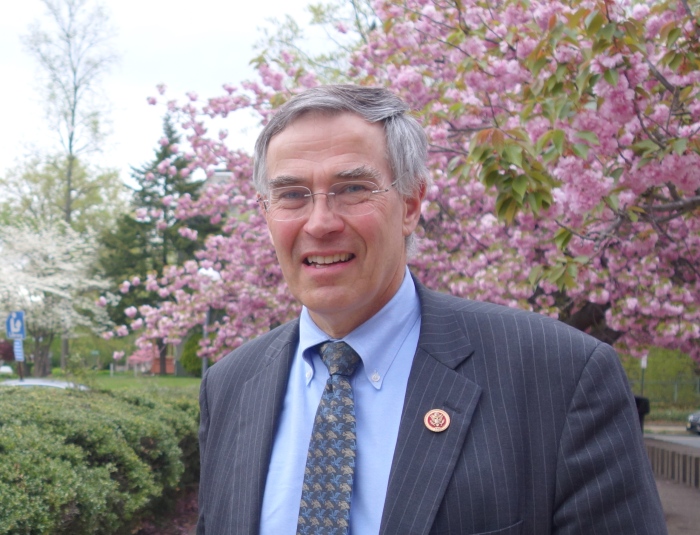 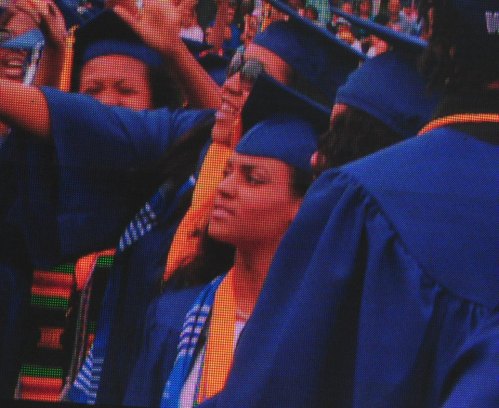 My sister, Mia Rutherford (center), on the jumbo screen at her graduation. She’ll be returning for one more year to receive her master’s degree. (photo by Elliott Simmons) 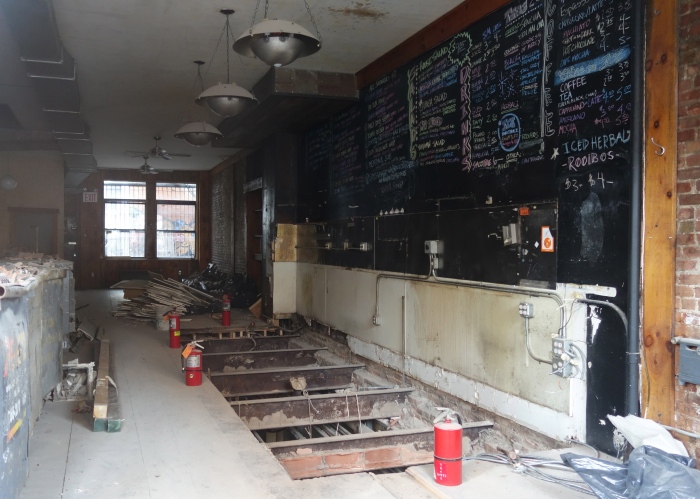 I’m now in mourning, with plenty of others, over the loss of my favorite cafe in New York, S’nice. S’nice was quite possibly the best place in New York for spending a long period of time reading, writing, studying – I once spent ten hours there in one day. On top of that it was vegan, and the food was great. Apparently, their lease ran out, and when I got there on May 3rd it had been closed for about a week. The owner wasted no time breaking the place down.

Music mogul Sean “Diddy” Combs, seen here on the jumbo screen, was an honorary doctorate recipient and the keynote speaker at Howard’s graduation. This caused a bit of controversy. (photo by Elliott Simmons)

How quaint – pedestrians walk past a row of homes alongside a canal in the Georgetown section of Washington, DC on Sunday May 11. (photo by Elena Rutherford)