New Democrat land has been abuzz lately. First it was the awful behavior of Vera Greaves and Bridgette Rivers during a City Council meeting last month, and most recently it has been Jerry Green’s first mailing of this campaign season, which contains a letter to Plainfield residents.

In that letter, where he urges voters to support his Taylor, Tolliver, Eke ticket, Assemblyman Green very candidly makes the claim that he was told to support Adrian Mapp by the former Democratic Party County Chair. He obliged. Jerry Green valuing the wishes of his superiors over the needs of Plainfield citizens is nothing new.

However, another question begs to be asked. Why did the New Democrats work with Jerry Green? It takes two to tango. When Jerry Green extends his hand, local politicians with integrity have no obligation to reciprocate. After all, how many of us have turned down advances from Jerry? 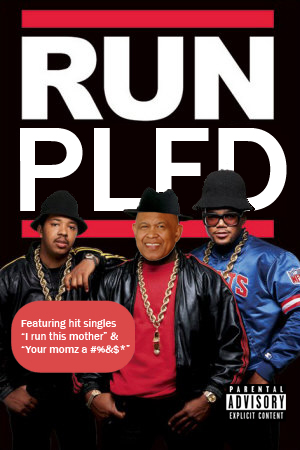 Not that it would get the New Dems off the hook for their alliance, but I wish I could say that the New Democrats simply shared a little money with Mr. Green. I wish that I could recount a tentative relationship where the New Democrats never went all in. I wish I could tell you that their collusion with Green only expressed itself through their very obvious (no doubt shameful) two-year hiatus from criticizing the Assemblyman’s actions. I can’t.

Not only did the New Democrats share resources, but in 2013 they funneled Board of Education candidates to Mr. Green. At that point, Green was wholly incapable and devoid of political capital to produce his own. Sadly, the New Dems didn’t do much better than Green would have, fielding some of the worst candidates that the city has even seen. That didn’t stop the New Democrats, and their friends and foot soldiers from expounding on these candidates’ virtues, including, most notably, a large gathering near the headquarters last October 27 where Mapp urged attendees to elect the first latino BOE member (deceitfully – as Mapp knows, Christian Estevez once served).

To Mapp, like Green, the Plainfield Public School Board was somewhere where you field totally inadequate candidates, put a ton of money behind them, and hope that they make it on the board. How disrespectful to our city.

Should the New Democrats address their alliance?

Mayor Mapp was thoroughly nasty and hostile during this period of alliance with the Assemblyman, as if the personality of Jerry “I run this mother” Green had rubbed off on him. I remember during the first Board of Education debate – the NAACP forum where I performed my best and thoroughly bashed Jerry Green to his face – Adrian Mapp sat front row next to Jerry Green, like an old friend. The two of them disrespectfully whispered political sweet nothings into each other’s ears as candidates spoke at the table. They were like two peas in a pod.

In 2014, the New Democrats complain about Jerry Green as if his need for control, disrespect for the public, and dishonesty are anything new. They know even better than I do, however, that Jerry Green is a man whose reputation preceeds itself. Prior to 2012, they talked about Green the same way they do now. Don’t the New Democrats owe us an explanation as to why they worked so closely with Assemblyman Green? Of course they do.

This isn’t sour grapes from an emotional man who lost a School Board election. Readers of Plainfield View know I’m so much better than basing my opinion on anything personal.

What is troubling about the New Democrats’ willingness to tango with powerful people that don’t have our best interests at heart is their propensity to do so again. While we all demonize Green, he is not powerful all on his own. Jerry Green was given to Plainfield by the Democratic Party machine. Let’s call it what it is – given to Plainfield. He didn’t do admirable grass roots political organizing for a decade like the New Democrats have. In a political sense, he isn’t a self made man. Despite the way we vilify him in this city, he is a product of more powerful people who support his leadership over the past two decades.

After such collusion, how can we trust the New Democrats moving forward, with or without Jerry Green? What assurances can they give us?

As much as I’d like to support candidates backed by local, grass roots organizations, I am concerned, wondering how progressive and independent the New Dems really are.

Is there an explanation for the past two years?

10 thoughts on “The Dark Side of the New Democrats”