Some people in our city hurl accusations at Angels for Action and their community identification card program without taking a first hand look at the program themselves.

According to Mayor Adrian Mapp, part of his reasoning for shutting down Angels for Action involved a group of residents expressing to him that they wanted to retrieve the documents from Angels for Action, who could use them in an “inappropriate manner.”

This weekend, I visited Angels for Action to shoot parts of Lost in the Wilderness as well as talk to Director Carmen Salavarrieta about identification cards. I witnessed several people go through the entire process to obtain an ID.

The truth is, Angels for Action doesn’t take or copy anyone’s documents. The only records that are kept by the organization are the person’s country of origin and how long they have lived in the United States.

If anyone indeed approached the new Mayor, those individuals must have been misinformed – which would not be a surprise with all of the misinformation and fear mongering propagated by some. 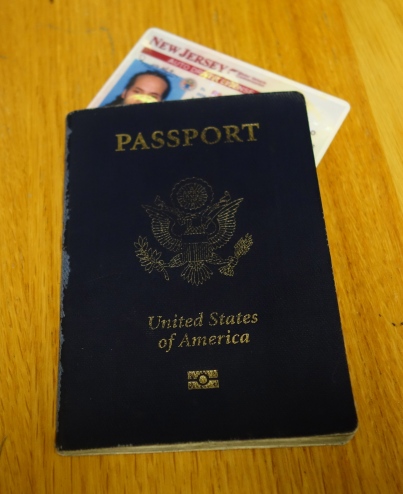 My passport and driver license

While I am serious about protecting my own identity, I am so sure about the security of their operation that today I decided to give my own passport and proof of address (driver license) to have an identification made. To be clear, none of my documents were kept or copied.

Angels for Action retained very little of my information, none of which is particularly private, or at all manipulatable. The same is true for all who apply for an identification card. 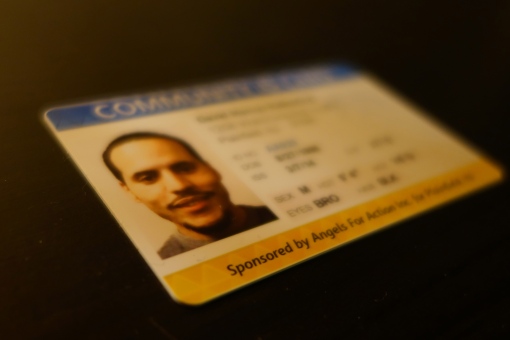 You might be surprised by the quality of the card, whose only emblem is the Angels for Action logo. What Mr. Mapp called a “worthless piece of paper” isn’t paper at all. It’s similar in quality to my driver license and even contains a security hologram.

It is said that card programs like this one in Plainfield, a similar program in Mercer County, and others around the country do better when people who are not undocumented use the cards, too. I plan on using my Community Identification Card where possible in the City of Plainfield, and I’ll even tell you how I fare.

For a host of reasons, these cards are far more useful for undocumented immigrants than they could ever be for me. We’ll have much more on that soon, including the interview with Carmen Salavarrieta.

6 thoughts on “My Community Identification Card from Angels for Action”