It’s no secret. I’m quite fond of the City of Brotherly Love.

From its low cost of living, to its long cultural history, to its proximity to both New York and DC, to its small town but still big city feel, to its wonderful food, I grew to love Philadelphia through my six years there. It’s my second home.

Perhaps the most unique thing about Philadelphia, at least as it meets the eye, are its over three thousand murals through all corners of the city – the most in the world. While the program was birthed to cover up graffiti, years later it has developed into something much, much larger.

They represent ideas, historical figures, eras, and support causes. If you ever venture to Philly, please take one of the many murals tours, which may be the best $30 you can spend on tourism. You won’t forget it.

One of the many lovely murals dedicated to gardening 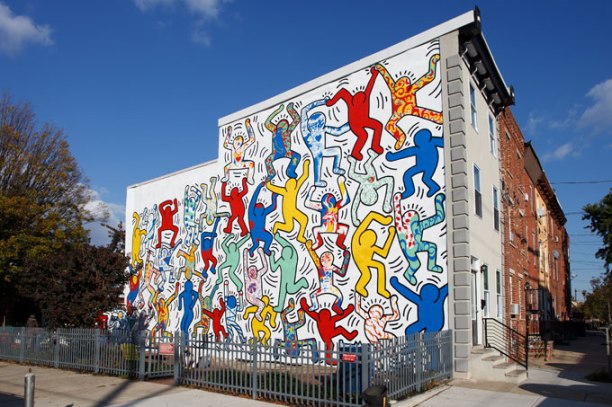 Recently restored “We the Youth” at 22nd and Ellsworth Streets

At Broad and Reed Streets in South Philly, this mural is dedicated to singer and actor Mario Lanza

This piece, at 707 Chestnut Street, represents slavery and its abolition. The photo doesn’t do it justice as mucho of the mural is a mosaic of tiles from Italy.

This tribute to urban horseman fools the eye at first glance

So you get the point. Murals are beautiful, especially when they represent populations, people, and ideas that are of importance to the communities in which they are found. It’s not so surprising that people rarely tag these murals with graffiti.

All of that being said, I was happy to hear Mayor Adrian Mapp broach the subject of Philadelphia-style murals at tonight’s Cultural and Heritage Commission meeting at City Hall. In short, he’d welcome murals to the City. Mr. Mapp’s comments were unexpected, as he was attending the meeting at the request of Commission Chair Indira Bailey to discuss the roles of both the Mayor and the individual committees in nominating names to the City Council for approval.

Commission member Nancy Piwowar was quick to point out that the PCHC has looked into murals in the recent past. In fact, Indira Bailey says that in the late 1990s she met with the Executive Director of Mural Arts in Philadelphia, Jane Golden, to discuss starting such a program in Plainfield. According to Bailey, she reached out to the city but never got a response. “Nothing happened,” said Bailey. “I wrote the proposal and everything.”

Hopefully, now that these ideas have been again put out there by Bailey, this time with the verbal support of the new mayor, we can get some more movement on murals. I’d certainly support such efforts.

In the same meeting, the Cultural and Heritage Commission voted to accept my application to serve as a member. Should Mayor Mapp submit my nomination, it would be up to a City Council vote at the next regular meeting. I look forward to potentially contributing in any way I can to the City as it relates to culture and the arts.

2 thoughts on “The Prospect of Murals in Plainfield”