This afternoon between 2pm and 4pm, a crowd gathered at the Drake House for a reception to kick off this year’s Black History Month exhibit, which will feature Plainfield artist Indira Bailey. Bailey works with graphite, charcoal, acrylic, and oil on canvas. The event was hosted by the Historical Society of Plainfield. 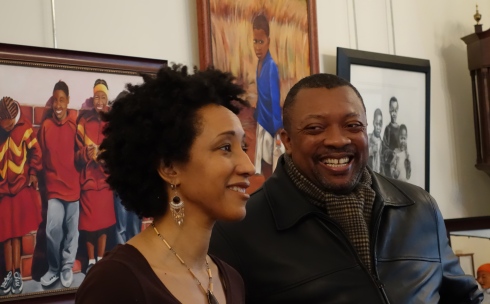 Believe it or not, Indira Bailey was first inspired to get into art while watching the sitcom Good Times as a child. The character J.J. was an outstanding painter, but the real artist behind his work was Ernie Barnes. “It was my first time being exposed to African-American art,” recalled Bailey today. “I didn’t see it as a kid. I didn’t see it in the history books.”

After receiving her Bachelor of Fine Arts from Pratt University as well as a Masters in Education from Kean University, she is busy exposing the next generation to the wonders of fine arts. For her work as an art teacher at Essex County Vocational & Technical School, she was named Essex Country Teacher of the Year and was a finalist for statewide Teacher of the Year honors. 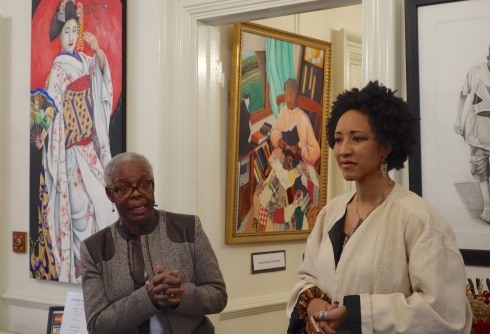 During the past ten years, Bailey has been awarded three Fulbright scholarships, spending summers in South Africa in 2004, Japan in 2005, and Morocco in 2011. Bailey explained, “I like the daily lives of people. I like learning about people and illustrating it.” She hopes to receive a grant enabling her to visit Panama this summer.

In some cultures it isn’t so easy to document everyday people. For example, only one person in Morrocco, a woman named Zaynah, would allow Bailey to portray her. The result was this wonderful painting which was given the name of its subject. 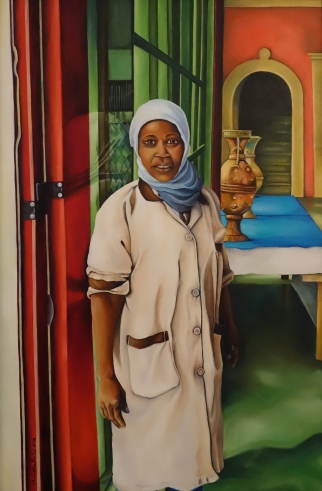 Zaynah is one of the many pieces of work that can be viewed at the Drake House this coming month. Almost all of the piece are for sale, and prints of many are available via Bailey’s website. Additionally, during the month of February, a documentary about her experiences in Morocco will be shown at the Drake House. I will post more information about this showing as it becomes available. 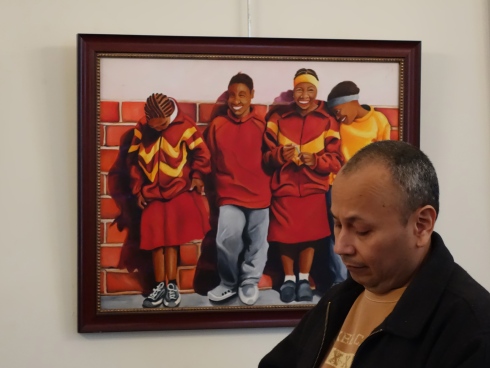 Indira Bailey is active in Plainfield, serving as Chair of the Culture and Heritage Commission. She also authors a bi-monthly e-newsletter. A highlight of this publication is how Bailey chooses a forgotten African American artist and unearths details about their unique story. You can sign up for it here.

This exhibit is open between 2pm and 4pm each Sunday until early March. If you’d like to visit at another time, especially with a group of several people or more, contact the Drake House via the contact section of their website or by calling (908) 755-5831.

Indira Bailey’s site is http://www.ibdesignstudio.com/ and she can be reached by email at artbyib@gmail.com. 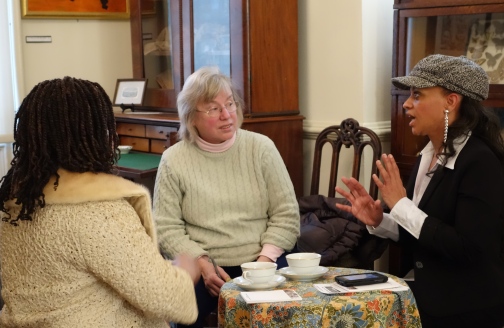 Nancy Piwowar, a Board of Trustees member, enjoys tea with other guests 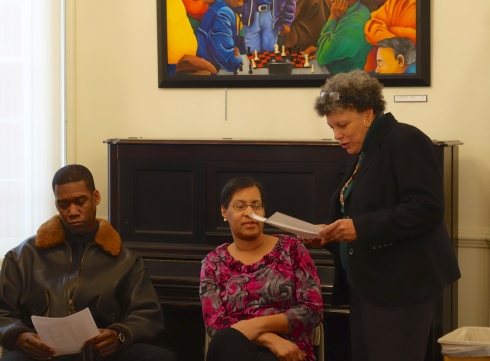 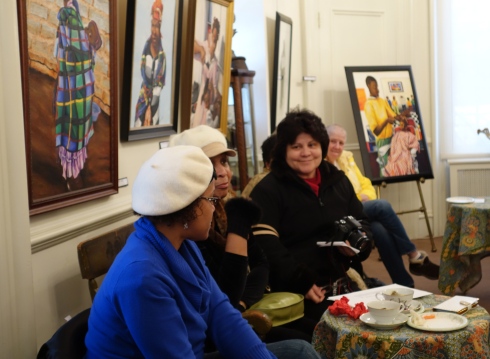