In the second to last Planning Board meeting of her second term in office, Mayor Sharon Robinson-Briggs presented long-time active citizen and Planning Board member Barbara James with a proclamation expressing thanks for her service to the city of Plainfield. The mayor referred to James as a mentor, friend, and as the “Queen Bee” of this city.

Planning Board Chairman Ken Robertson expressed appreciation for Barabara James hard work over the last decade, proclaiming that the running of this board would not happen without James and people like her.

Barbara James, calling her service an “absolute pleasure”, spoke of the need for people who live in Plainfield to represent the city on these boards, and urging others to follow in her footsteps. James emphasized that so many never understand what the Planning Board does and how very hard it works in service of the people. She is retiring and leaving the state of New Jersey.

The entire proclamation reads as follows: 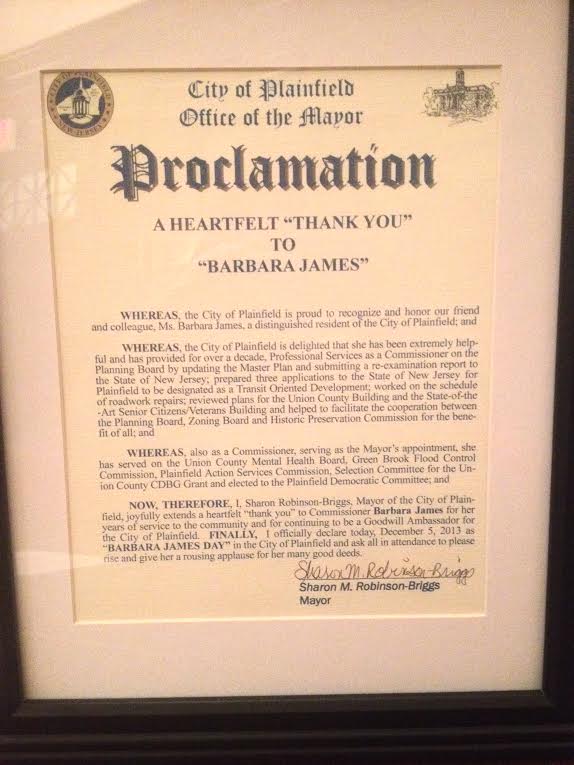 One thought on “Barbara James Honored for Service in Plainfield”