Being sick makes for a good time to read during brief spurts of clear thinking – the worse feeling moments being reserved for daytime reruns of The Fresh Prince of Bel Air and Sanford and Son. While sick, I was able to start a new book, Norman Street: Poverty and Politics in an Urban Neighborhood by Ida Susser. I first heard Ms. Susser, a CUNY professor of Anthropology, at Left Forum 2013 in New York this past June – her lecture prompting me to buy her book immediately following. Norman Street is a 2012 update of her book of the same name, published in 1982. In short, this is a book on the needs of urban populations, the essence of community, & gentrification – a subject about which I am passionate and frequently discuss. Her prime examples are Williamsburg and Greenpoint Brooklyn, specifically, and New York City as a whole, but are applicable to many American cities of all sizes. 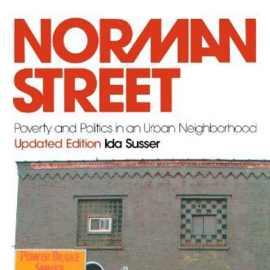 While the word gentrification was evoked in our Mayoral primary, I don’t believe that it has yet arrived in Plainfield, as it has in Jersey City, Asbury Park, and other parts of the state. However, it is pretty clear that it may become a topic of discussion here at some point in the future.

Plainfield’s leaders, and many of its residents, are pushing strong for development near its train stations, particularly downtown. We can even put JFK’s proposal into this group as there was a health center at the site, an asset to all residents, that developers wish to turn into a project that only benefits them. Either way, whenever there is development in middle and lower income communities, the struggle becomes making sure that the current residents, the schools, the public utilities, etc get as good of a deal as the developers and residents who live far from construction. In any development, which is not inherently a bad thing and can be a great benefit, the city’s assets – a train station, a potential one-seat ride into New York, etc – should be put to use to first benefit its current residents and its public sector.

While the discussion hasn’t taken off yet, it will. I have spoken to several city officials who agree that we must be careful in this process. The desire for development downtown seems to be at a fever pitch, and the main thing that makes me worry about is that the city doesn’t negotiate the best deal when that day comes. So many cities have “sold the farm,” so to speak, under desperation to develop, regardless of who benefits from that development and what segments of their population and public services are thrown under the bus.

When this discussion does come, I will certainly contribute to it.