I wish I’d written about 1493: Uncovering the World Columbus Created closer to when I read it about a year ago, when it was fresh on my mind. A year later, though, I still consider it the single greatest book that I’ve ever read, and a must read for those who love history as much as I do. 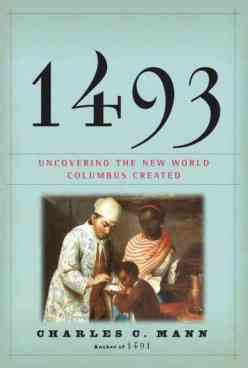 In this book, Charles Mann recounts, essentially, much of the history of the last 500 years – the beginning of which is 1492, which you probably recognize as the year Christopher Columbus left Europe. Mann calls the period following 1492 the “Columbian Exchange,” a recreation of Pangaea, and the beginning of modern globalization as well as the catalyst of the industrial revolution, the rise of Europe (and fall of other civilizations), the agricultural revolution, etc. This may all sound like what you already know about the foundation of the modern world, but Mann goes deeper than you’d ever imagine in producing his ecological, economical, and social historical masterpiece.

For example, you may not know that earthworms are an invasive tropical species to our area, and were such a game changer in the north that anything resembling Pre-Columbian forests does not exist anywhere in the region. Every crop that we grow in our NJ gardens is not from here, for that matter. I was stunned by the way which silver, and later corn, both brought by Spaniards from South America, destroyed China’s economy and agriculture, respectively. These two imports sent what was the most advanced society in human history to the dark ages and laid the foundation for the domination of the west from which China is finally starting to emerge. In 1493, Mann tells the tale of “maroon” kingdoms, equipped with castles and comprised of escaped slaves and displaced American Indians, that fought decades-long wars against European governments, and were considered the greatest threat to the government. Mann writes an article about Maroon people in National Geographic here, and much more about them in his book. 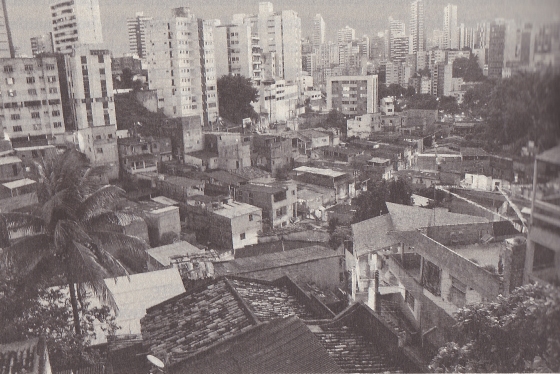 One of these cities, Calabar, still stands today. Once remote and dangerous to reach, it is now bordered by apartments in a wealthy part of Salvador, Brazil.

Admittedly, I had no idea that sugar-producing Sao Tome was the birthplace of chattel slavery of Africans. I had never heard of the failed Scottish outpost of “New Edinburgh” in Panama, one of many, many, many short-lived European colonies that were wiped-out by malaria, yellow fever, and other diseases. Speaking of which, did you ever realize that malaria traveled from Africa to the US on slave ships, and that American slavery was its strongest in the exact areas where mosquitos thrived year-round and posed the greatest threat to non-blacks? Before reading 1493: Uncovering the World Columbus Created, I’d never known how many thousands of American Indians were cruelly put to work in deadly South American mercury mines, their bodies producing a puddle of the toxic substance upon their deaths. I hadn’t realized that Ireland is the only country on earth with a smaller population than it had in 1850 (right after the potato famine), and, for that matter, how the potato was the main factor that made the explosion of European populations possible.

Did you know that pre-Columbian South Americans ate a thousand varieties of potato? Remember the mini ice age in Europe? It turns out that it was caused by the wiping out of American Indians. Through clearing space for their farms, they had been creating a greenhouse effect on the other side of the Atlantic for centuries. On that note, before the Columbian exchange, only one or two of the twenty largest and wealthiest cities in the world were in Europe, and China trading with England was akin to the present-day US trading with, say, Zimbabwe.

Those jumbled factoids are just the tip of the iceberg in 1493, a book that is really all about the stories, usually those of historical fact and sometimes riveting, unverifiable tales of folklore – like warrior, turned slave, turned founder of Palmares, Aqualtune. Mann doesn’t try to get you to buy into a certain world view or narrative, allowing you to interpret his massive collection of facts and relationships into your own perspective. To make it more real, he even travels to dozens of the places mentioned in the book, relaying his discussions with locals and the information that they share with him.

Despite its length, and unlike so many historical books, 1493 can keep you at the edge of your seat and reading late into the night. It also addresses what will come in the future as a result of the Columbian exchange – for example the imminent destruction of much of the world’s rubber plants by disease. You will learn things you never knew you never knew, and gain a whole new perspective on the world around you. If you are like me, you’ll be disappointed when it ends. 1493 is the only book I’ve read about relatively modern times that I can say tells your history, regardless of who you are. If you go and read it, please let me know. I’d love to discuss.

In the mean time, I’ll be moving onto its predecessor, 1491: New Revelations of the Americas Before Columbus, very soon.

One thought on “Book: 1493, Uncovering the New World Columbus Created”